The families and friends of Irish people living illegally in the US held a rally outside the Dáil this afternoon.

The group is calling on the Taoiseach for help in its efforts to legalise up to 50,000 Irish immigrants to allow them to travel back to Ireland without fear of being refused admission to the US when they return.

The Government and Fine Gael have agreed a Dáil motion calling for a bilateral agreement with the United States to regularise the situation of undocumented Irish emigrants.

The House had been due to debate a Fine Gael motion urging the Government to do more on the issue but both sides will be able to support the agreed motion.

Following the failure of proposals for comprehensive immigration reform in the US, the Government is seeking a separate arrangement that would allow Irish and American citizens to work and travel in the two countries.

The debate on the agreed motion opened tonight and will continue tomorrow. 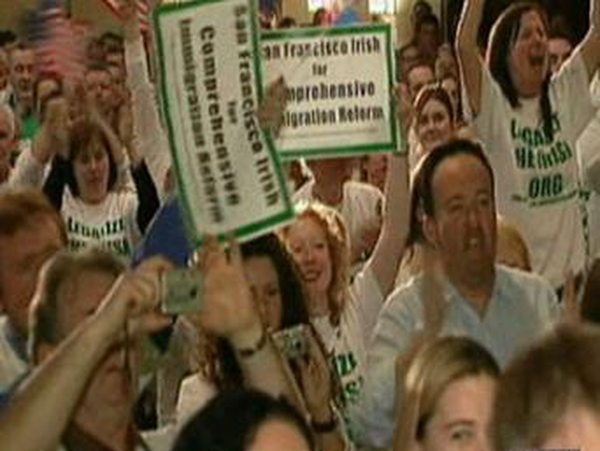