The fire occurred at the Windscale nuclear facility which has since been renamed as Sellafield.

The report raises questions about the high incidence of cancer in areas across northern Europe.

Scientists now say it may have caused several dozen more cases of cancer than had previously been estimated.

The findings are contained in a study carried out by John Garland, formerly of the UK Atomic Energy Authority, and Richard Wakeford, a visiting professor at the University of Manchester.

Dundalk in Co Louth was the nearest Irish town to the the Windscale plant, which was subsquently renamed Sellafield, and many believe the area was badly affected by the fire.

He said that after the main plume had passed south-east over England, part of it swirled back over the Irish Sea.

'It may have just touched the east coast of Northern Ireland, but the radioactive concentration of the cloud was very low by this time,' Prof Wakeford said.

'Almost the whole of Ireland was unaffected by the release and a very small part may have been very slightly affected.'

It has been claimed that a cluster of down syndrome births and cancer cases in the area were caused by radiation.

The cancer rate in the area was estimated to be more than 12% above the national average.

A group of Louth residents later failed in their attempt to take legal action against British Nuclear Fuels over the incident.

The author of another study carried out by UCD on the fallout from Windscale says the radioactive plume caused by it did not pass across Ireland.

Prof Peter Mitchell says the outer edge of the plume may have just reached the east coast, but a 2005 study found that that no radioactive materials made it to the north east of Ireland.

Met Éireann measurements taken in Dublin at the time of the Windscale fire gave no indication of any trace of the plume, something which Prof Wakeford said confirmed his view that Ireland was 'essentially unaffected' by the fire. 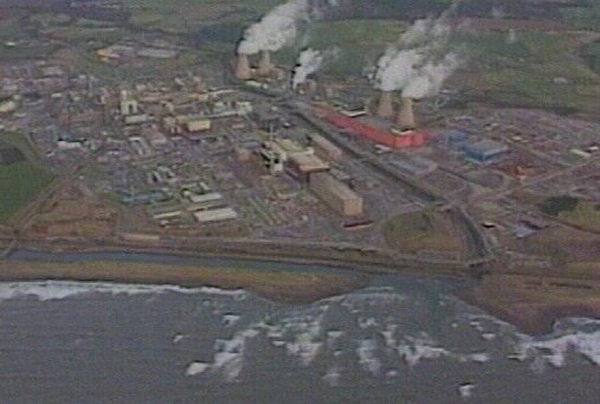