The Coombe Hospital has begun a landmark legal action against a woman who is a member of the Jehovah Witness community, over her refusal to consent to a life saving blood transfusion.

The action arises from an emergency court order obtained by the hospital in September last year permitting it to give the woman a transfusion.

The woman, who can only be identified as Ms K, had lost 80% of her blood while giving birth to a baby boy on 21 September 2006.

She had objected to a transfusion on religious grounds. The court was told at the time that she would die if the transfusion was not given. Ms K at the time was a 24-year-old French speaking asylum seeker who spoke very little English.

This action by the hospital against the woman may raise important constitutional issues relating to the right to life, to freedom of conscience and to the free practice of religion.

The Attorney General has been joined as a defendant as these issues of constitutional interpretation may arise.

Senior Counsel Gerry Hogan for the hospital told the court the central issue of the case was whether the woman had genuinely and validly refused the transfusion.

The court heard staff were informed of Ms K's objections to the transfusion through a friend who was with her and was also a Jehovah Witness.

The hospital also had concerns about her medical condition when she refused the transfusion.

The hospital also claims that under the right to life protections in the Constitution, it had a duty to protect and safeguard the woman's right to life.

It claims it was also obliged to protect the family life of the woman and her child and to safeguard the rights of her child to be nurtured and reared by his mother.

It says Ms K's constitutional rights to freedom of conscience and free practice of religion do not extend to enabling her to decline appropriate medical treatment.

Ms K is opposing the action. In a counter claim, she says the transfusion was a breach of her rights under the European Convention of Human Rights and that she was entitled to refuse medical treatment.

She says the hospital committed assault and trespass on her person by giving her the transfusion and she is entitled to damages. 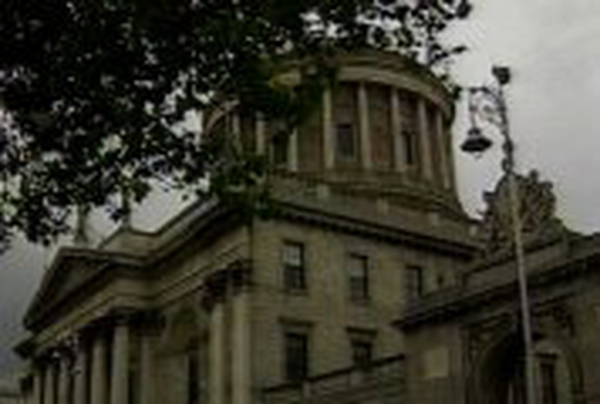