The Catholic bishops have said it may be necessary to reduce the church's involvement in the running of the country's primary schools.

The church should not be expected to educate the whole community in areas that are experiencing huge inflows of new residents, the bishops say in a statement issued today.

The bishops say in such a situation an evaluation would have to be made in consultation with parents and teachers about the future of the school.

They also say that some existing Catholic schools may need to switch to new models of patronage.

The Catholic bishops are patrons to 92% of Ireland's primary schools.

This new policy document (download it here) sets out how the church sees its future role and for the first time in such a paper it talks about a potential reduction of the church's involvement in some areas.

Meanwhile, the Department of Education has come under sustained attack in the Dáil this afternoon for failing to adequately plan for the need for primary school places.

Deputy Hayes claimed that as far back as 1999, a primary school in Balbriggan had sought permission for a major extension, and that the Department had initially lost the application, and then turned it down.

Minister Hanafin said the number of junior infant places in Balbriggan had doubled since 2002, and that while it was not desirable to have schools with one ethnic group, it was reflective of the area and of the new communities that had moved there.

Deputy Hayes called for a National Forum on Education to examine the future of the patron system of establishing schools.

Minister Hanafin confirmed to Labour spokespeson Ruairi Quinn that a new Developing Areas Unit, promised in the Programme for Government to idenfity where new schools are needed, has not yet been established.

But, she said there was already very strong planning within the Department.

Fine Gael's Denis Naughten said there was a perception that the Catholic Church was causing the problem by refusing access, and the Department was allowing that perception.

He said the issue was the failure of the Department of Education to plan properly.

Minister Hanafin said it would not be fair to accuse the Catholic Church of excluding children. 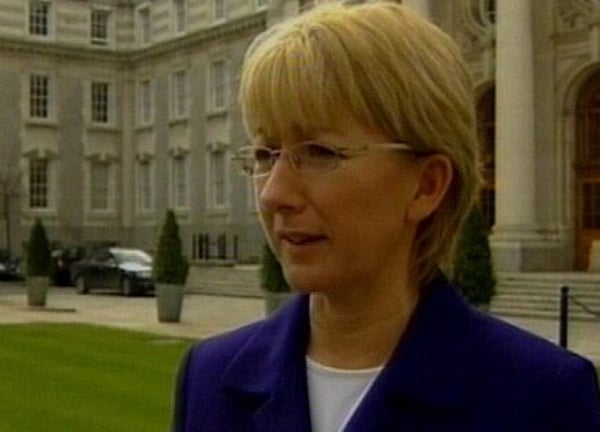