Virgin head Richard Branson handed out half a million euros today for the best carbon-reducing idea.

Igor Kluim's invention Qurrent won over a jury made up for Sir Branson as well as CEOs and NGO directors.

The winner of the €500,000 Green Challenge was announced by Mr Branson at an awards ceremony in Amsterdam as part of the Picnic Festival.

439 ideas from 50 countries were submitted last month. Entrants ranged in age from 18 to 71.

Two juries, which included CEOs and NGO directors, reduced the ideas down to five finalists.

Mr Branson said he was impressed with a number of the ideas and that Virgin wanted to work with 'two or three of them.. if they were willing.'

One of the finalists, Irish citizen Damian O'Sullivan, invented Solar Lampions (above), stylish portable lights that could drastically reduce energy use in homes.

Amsterdam is already piloting the programme which promises to cut lorry traffic in half.

The Sustainable Dance Club uses the pressure turbines under a dance floor to generate energy, although it also hopes that young people will integrate sustainability into their social lives.

And Green Thing hopes to use the power of social networking to create carbon-reducing awareness and projects.

In addition to €500,000 prize, Igor Kluim will gain contacts and in-kind support from a number of companies. 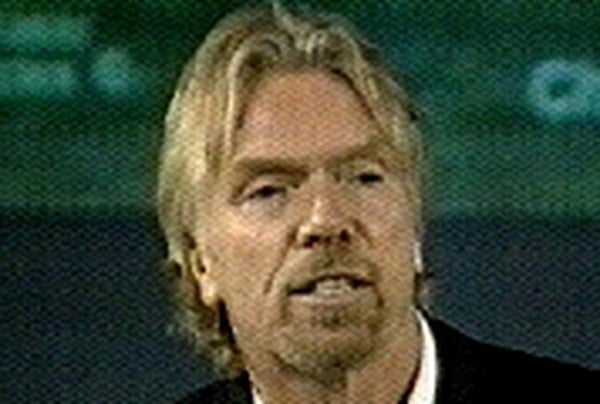