Iran has made an official protest at the 'unjustifiable' seizure of an Iranian delegation by US forces in Iraq.

The foreign ministry in Tehran summoned the Swiss chargé d'affaires to protest at what it said was a breach of international law, and demanded a US explanation.

It said the group was an energy ministry delegation in Baghdad for talks on building a power plant in Iraq, adding that the officials were now continuing their mission.

The men were taken in blindfolds and handcuffs from the Sheraton hotel in central Baghdad last night after their convoy was stopped at a nearby checkpoint. They were freed early today.

Iranian and Iraqi officials said seven had been detained while the US military put the number at eight.

Mr Bush had last night said that he had authorised his military commanders in Iraq to confront what he called 'Iran's murderous activities' in the country.

Trouble in Kerbala dies down

However, he also imposed a strict curfew on the city, 110km south of Baghdad, from 11 am local time today.

Gunbattles yesterday between Shia factions killed 52 people and forced hundreds of thousands of pilgrims to flee.

And the violence appeared to spread overnight, with gunmen attacking the offices of the Supreme Iraqi Islamic Council in at least five cities, setting many of them ablaze.

The gunmen were believed to be followers of cleric Moqtada al-Sadr or members of his Mehdi Army militia, but his spokesman denied they had any involvement.

Gunfire could still be heard after dawn in Kerbala, in the area around the shrines of Imam Hussein and Imam Abbas, the focal points of yesterday's Shia celebrations.

The men, armed with Kalashnikovs, attacked the checkpoint in the town of Hamman al-Alil, south of the capital of Nineveh province. 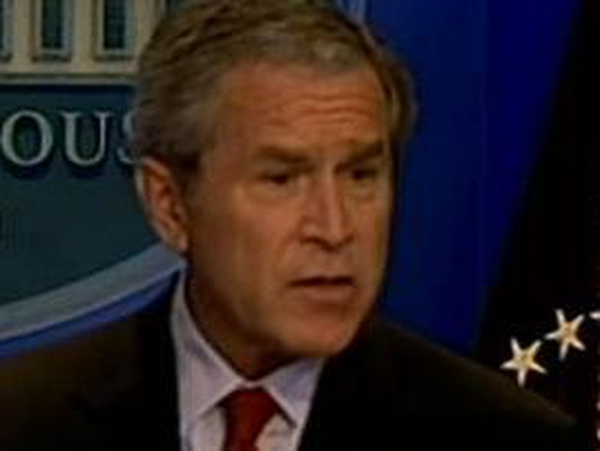