However, a large 'No' vote suggests December's general election could be messy especially in Thaksin's strongholds in rural areas.

This will be Thailand's 18th constitution in 75 years of a democracy in which coups have been frequent.

Experts believe the charter attempts to revive the 'managed democracy' of the 1980s under ex-army chief Prem Tinsulanonda, who is now the King's top adviser.

Current Prime Minister Surayud Chulanont announced that general elections would definitely be held at the end of the year, with 16 or 23 December the most likely dates.

While Thai voters were deciding his future, Mr Thaksin spent his Sunday afternoon watching his newly acquired soccer club Manchester City beat Manchester United 1-0. He has been living in exile in Britain.

MILITARY: The state must provide the military with 'forces, weapons, ammunition, military equipment and technology that are adequate and necessary' to protect the country.

The constitution also gives a blanket amnesty to the military officers who launched the September 2006 coup against Mr Thaksin, and their appointed officials.

PRIME MINISTER: A prime minister cannot serve for more than eight consecutive years. The previous charter had no limits.

Only 96, or one fifth, of MPs are required to launch a no-confidence motion against the prime minister. The 1997 'People's Constitution' required two fifths.

Critics say this will spawn frivolous censure debates, leading to a hamstrung executive and constantly collapsing coalitions, as happened during the 1990s.

SENATE (UPPER HOUSE): The 150-seat senate is divided into two groups. Seventy-six senators will be elected directly and 74 appointed by an unelected panel of judges and the heads of independent state watchdogs.

Under the previous constitution, all 200 senators were elected directly.

Only 50 senators, or one third, are needed to initiate a debate on the government's performance or actions.

HOUSE OF REPRESENTATIVES (LOWER HOUSE): The 1997 constitution's principle of 'one constituency, one MP' makes way for a complicated population-weighted system under which more populous constituencies get more MPs. 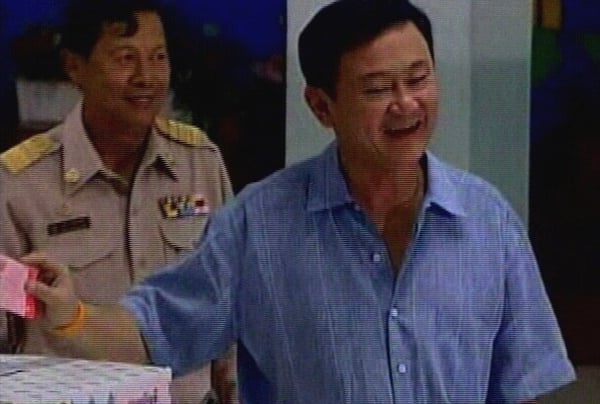