Opponents of the Corrib gas project in Co Mayo staged a protest near the site of the planned €200m gas terminal this morning.

Members of the Shell to Sea campaign placed a van across the Bangor Erris to Bellanaboy road and tied themselves to it.

The group says it took the action to prevent the terminal going ahead in its present form, describing the project as 'destructive and exploitative'.

It took gardaí and fire service personnel six hours to remove the protestors and traffic had to be diverted from the area. 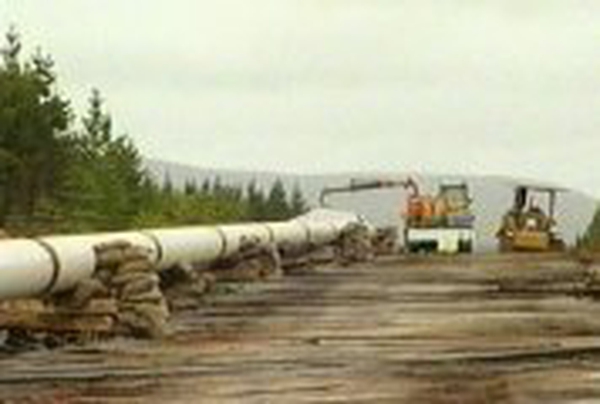