Five policemen have been killed and 11 more injured in a suicide bombing in Afghanistan.

A man dressed as a policeman blew himself up as officers ate lunch near a checkpoint in the southeastern town of Spin Boldak.

Meanwhile, a German national abducted in southwestern Afghanistan with his translator about a week ago was released earlier today.

It was reported that he was freed with the help of police and is in good health, according to an interior ministry spokesman.

The men went missing last Thursday while driving from the  southern city of Kandahar to Herat in the west.

It is unclear who was behind the kidnapping but a government official in the region said the abductors had demanded a ransom for the release of the German.

The Taliban has denied involvement pointing towards 'criminal' groups instead. 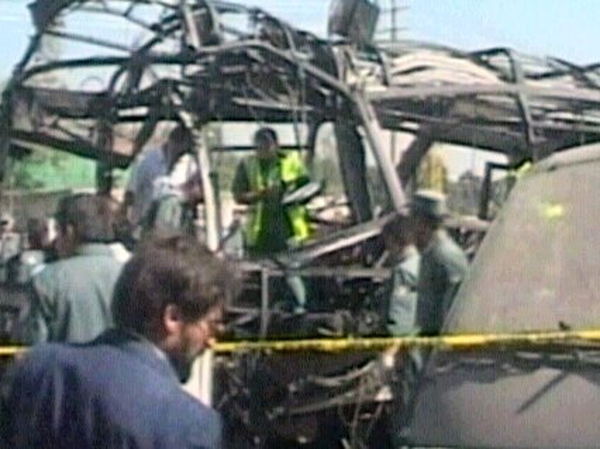