Seven people have been killed in a suicide car bomb attack in Iraq.

It happened in the town of Baiji, 180km north of Baghdad.

The attacker drove the car into a police patrol that had pulled up at a restaurant for lunch.

Three policemen were killed and at least 18 people injured. 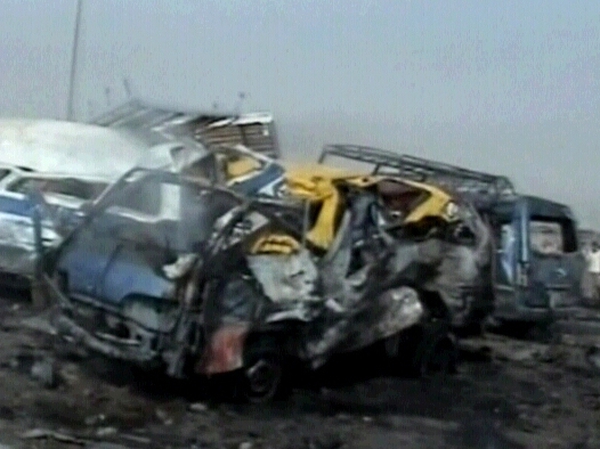