It has emerged that all eight people arrested in connection with attempted car bombings in Glasgow and London had links with the British National Health Service.

Seven were doctors or medical students and one other is believed to have worked as a laboratory technician.

This evening, London's Heathrow Airport reopened a busy, international terminal on after a security scare led to the cancellation of more than 100 flights.

Thousands of passengers were evacuated from Terminal 4 after a suspect bag was found shortly before midday.

Police also ordered the evacuation of the departure lounge so that all passengers could be searched a second time.

The terminal reopened shortly after 5 pm.

Meanwhile, bomb disposal experts have carried out controlled explosions on a car outside a mosque in Glasgow and on three fire extinguishers at a tube station in Hammersmith in west London.

Australian police earlier confirmed that a doctor had been arrested in connection with last weekend's attempted bomb attacks in the UK.

Australian Prime Minister John Howard said the 27-year-old doctor being held is an Indian citizen. He was arrested at Brisbane airport as he was about to board a flight with a one-way ticket.

It is understood he worked as a registrar at the Gold Coast Hospital south of Brisbane and his employment history has been traced back to Liverpool.

It is known that one of the men who was in the jeep which was driven into the front of the Glasgow airport was an Iraqi doctor who worked at the Royal Alexandra Hospital near the airport.

A Jordanian doctor who works at a Staffordshire hospital was arrested along with his wife in Cheshire and another doctor, believed to be Indian, was detained in Liverpool. 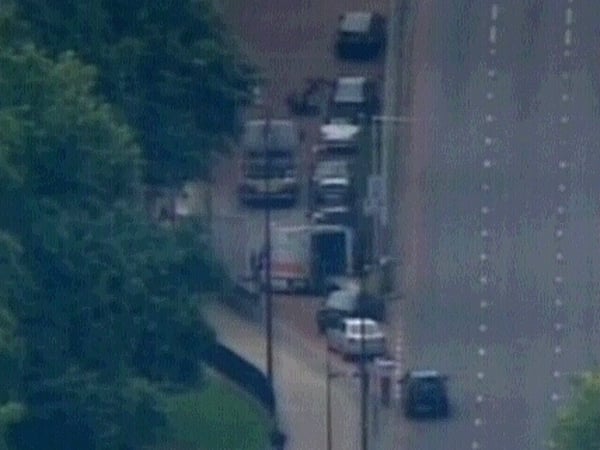