Mr Ahern earlier received his seal of office from President Mary McAleese at Áras an Úachtaráin after being elected Taoiseach for a third successive term.

At the first meeting of the 30th Dáil this afternoon, a vote to elect the Taoiseach saw Mr Ahern receiving 89 votes to Enda Kenny's 76.

He is now the first Taoiseach since Eamon De Valera to win three elections in a row.

Progressive Democrats leader Mary Harney and Independent TD Jackie Healy Rae were among those who also lent their support to Mr Ahern.

While Sinn Féin's Caoimhghín Ó Caoláin told the Dáil that his party would not support the nominations of Bertie Ahern or Enda Kenny.

Earlier, John O'Donoghue was elected as Ceann Comhairle after defeating the former Labour leader, Ruairi Quinn, by 90 votes to 75.

Confirmation that the Green Party would join the new coalition came last night, when a special convention voted by more than 86% to accept the proposed programme for Government.

The new Government will be made up of Fianna Fáil, the Greens and the PDs, and will be supported by a number of Independents.

It gives Mr Ahern a comfortable majority, and insurance against any difficulties ahead.

The Green Party's negotiators admitted that the proposed Government programme was far from perfect from their point of view, with failures to secure movement on issues like the use of Shannon Airport by the US military, the building of the M3 motorway through the Tara valley, and hospital co-location.

But there will be two Green cabinet ministers, as well as two junior ministers, to implement the party's policies.

After the vote Trevor Sargent, who had strongly supported going into Government, said he was standing down as Green Party leader, as promised. He said he would not accept a cabinet post, but would accept a junior ministry if it was offered.

Click here to read Sargent leads the Greens into Government

Ciarán Cuffe, Green Party TD, has said he believes there will be a huge amount of tension within the new coalition Government.

Speaking on RTÉ Radio's Morning Ireland, Mr Cuffe said the Green Party in Ireland had been advised by Green parties in government elsewhere in Europe to have a clear list of deliverables and not to walk out the moment tensions rise.

He said, however, that these tensions could be overcome.

He said the coalition brings together two parties; one very pragmatic and the other idealistic. He said both parties would bring a lot to the next Government, although sparks would be flying at times.

Fianna Fáil's Séamus Brennan has said larger parties in coalitions have an enormous duty not to use that strength to ride roughshod over smaller parties.

He added that smaller parties have a responsibility not to use their special position to give in to issues. 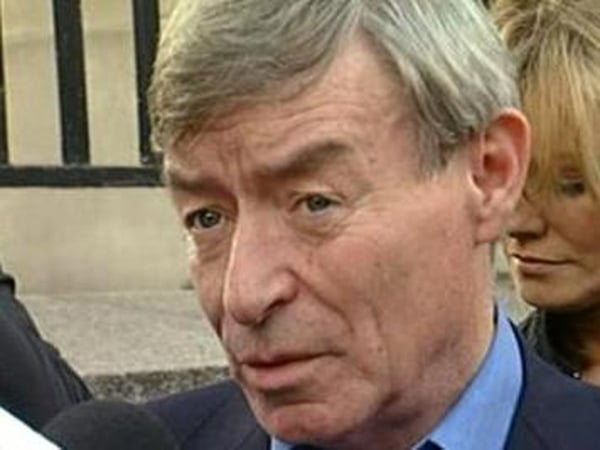