Talks between the Green Party and Fianna Fáil on the formation of a new government have broken down.

In a press conference this evening, Green Party leader Trevor Sergeant confirmed that negotiations with Fianna Fáil had concluded without agreement.

He said insurmountable differences on climate change, education, health and Government reform were responsible for the breakdown.

Mr Sargent insisted the Greens remained committed to forming a Government and would continue to explore all avenues, but that the current deal on offer was not sufficient.

He said the party had taken government negotiations as far as it possibly could and that the ball was now in the court of others.

Green Party negotiator Dan Boyle said progress was made on most issues but there was not sufficient 'bridging of gaps' to allow the party to put a deal before its membership on Sunday.

Mr Sargent said the party had explored every avenue 'at the moment' and had to make a decision on what had happened over the many days of protracted discussions.

He said if anything was to happen now, Fianna Fáil 'would know what kind of proposals were needed'.

Fianna Fáil negotiator Seamus Brennan said Fianna Fáil felt that an enormous amount of progress was made at the talks.

He said a number of areas were 'not concluded to the satisfaction of the Greens' but said it was possible that talks could start again and insisted Fianna Fáil remained available to try to deal with the issues involved.

Mr Brennan also said it was his understanding that the leaders of both parties were available to discuss the outstanding issues.

He said Taoiseach Bertie Ahern had a number of options in relation to the formation of the next government and he would be exploring these options.

Mr Brennan said it was his personal view that it would be preferable to have a new government in place before the Dáil meets next Thursday.

Meanwhile, a spokesperson for the Progressive Democrats has said that the party began formal negotiations with Fianna Fáil yesterday morning on a new programme for Government.

The former Labour leader Ruairí Quinn said that Labour would continue to back Enda Kenny for Taoiseach as per the 'Mullingar Accord'.

However, he added that if Mr Kenny were not elected, the situation would then change. 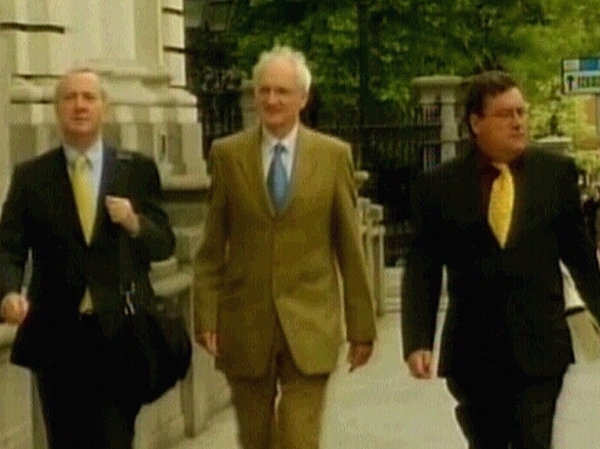