The leader of the Progressive Democrats, Mary Harney, has had a lengthy meeting with Enda Kenny this evening to discuss government formation.

A PD spokesperson said Ms Harney was acting on a pledge she had made last week to consider all options.

The spokesperson said Ms Harney had listened to what Mr Kenny had to say, but it was too early to say what conclusion she might reach.

He added that Ms Harney had also been in communication with the Taoiseach, who updated her on the state of play in Fianna Fáil negotiations with the Greens, and indicated again his desire to see the PDs remain in Government.

A Fine Gael spokesperson said the talks between Mr Kenny and Ms Harney had lasted over an hour, and described them as 'useful'.

He said the two party leaders had agreed to keep in touch over the coming days.

Earlier today, Mr Kenny, refused to concede the defeat in the General Election.

Mr Kenny was speaking at Leinster House this afternoon before the first meeting of his new Parliamentary Party.

He warned that a government led by FF would be unstable and he said that the Taoiseach, Bertie Ahern, still has questions to answer over his financial affairs. 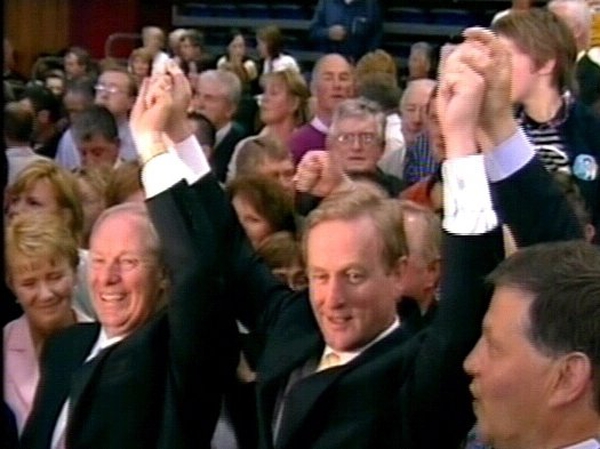