Political parties vying for votes are today focusing on leading issues like the economy and health one more time with just two more days before the General Election.

Broadcasting organisations will observe a moratorium tomorrow, which means today is the last chance for parties to get their message across the airwaves.

The Taoiseach is doing a series of media interviews before campaigning in Enda Kenny's backyard: Mayo, Westmeath and Galway.

Speaking on Today with Pat Kenny, Bertie Ahern said he does not believe the results of the General Election will mean that Sinn Féin will have to enter Government with Fianna Fáil.

He added that he would not go back to the people if this happened but would find an alternative way.

Mr Ahern also said he might not be in the equation of forming a new Government himself.

The Fine Gael leader is visiting Waterford, Cork and Limerick. He delivered a 'keynote speech' on his commitments on health.

Outside a youth reach centre in Waterford, Enda Kenny said people had a clear and stark choice on Thursday. He said people must ask themselves when they go to vote whether they are satisfied with the work and record of the current Government.

The main Fianna Fáil news conference of the day featured a number of senior ministers setting out the party's plans for Ireland's future.

Labour's Pat Rabbitte, the Green Party’s Trevor Sargent and Sinn Féin's Gerry Adams were all due in Dublin today for their final news conferences.

Mr Rabbitte called the Government's Hospital Co-Location plan 'a disgrace and a scandal' and said it deserved to be defeated on that issue alone.

Mr Adams said that he is cautiously confident that his party would get a mandate in the election, and that it would be a mandate for Government.

Meanwhile, Tánaiste and Progressive Democrats leader Michael McDowell will also be delivering a speech claiming that the best way to return the current Government is to give the PDs a number one vote.

Yesterday, voters on the Donegal islands of Arranmore, Tory, Gola, Inisfree and Inisbofin cast their ballots.

Voting has been taking place today on three islands of the Mayo coast. 200 residents on Clare Island, Inishturk and Inishbiggle are entitled to vote.

Ballot boxes were taken to the islands by ferry early this morning and polling began at 10.30am.

The booths will close at 7pm this evening. The boxes will be brought back to Castlebar tonight and will be held at the regional Garda Headquarters until Friday morning.

The islanders traditionally ballot ahead of the rest of the country because of potential difficulties getting their votes back to the mainland in bad weather. 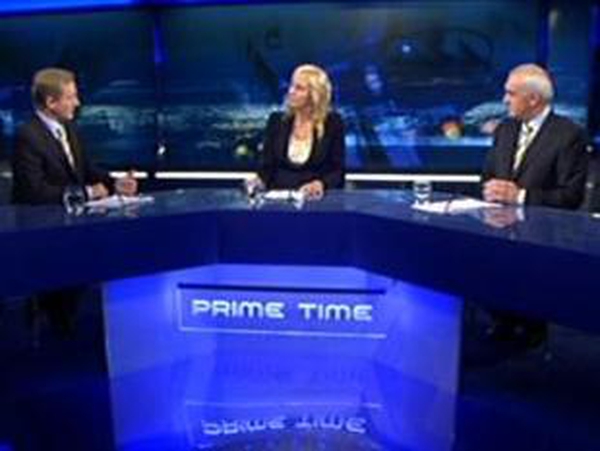