The death toll from election-related violence in the Philippines reached 100 this morning, as the country prepares for a 14 May poll.

In a country where election campaigns are often marred by violence and rival groups use private militias to intimidate voters and political opponents, the army has now been deployed in certain areas in an attempt to curb the bloodshed.

According to police figures, 53 candidates and 47 members of the public have been killed since campaigning began in January.

The latest deaths occurred in the province of Nueva Ecija, which has now been placed under special military control by the elections commission.

In the first incident a 45-year-old councillor was shot a number of times as he travelled to work. A short time later, the 44-year-old driver of a mayoral candidate was shot in the leg and bled to death.

Recent election campaigns in the Philippines have seen increasing violence, with long-running Islamist and communist insurgencies adding to election tensions.  The 2004 presidential elections saw 189 people were killed and 279 wounded.

With under a week left until polling day, activists have accused the military and police of campaigning against anti-government candidates.

And a group of retired army generals have claimed that military figures were working with election officials to rig results in about a dozen provinces to favour candidates allied with the incumbent, President Gloria Macapagal Arroyo.

Calling themselves 'Bantay Boto' (Vote Guards), the retired army generals claimed as many as 14 million votes out of about 45 million likely to be cast on election day could be manipulated.

Voters will elect 12 senators, the entire 230-seat House of Representatives and thousands of local officials from town councils to mayors and provincial governors.

Separately, three people have been killed and 33 wounded in a bomb blast in the southern Philippine city of Tacurong.

Police quickly blamed the attack on Jemaah Islamiah, an al-Qaeda linked Islamist group, and ruled out any link with politics. 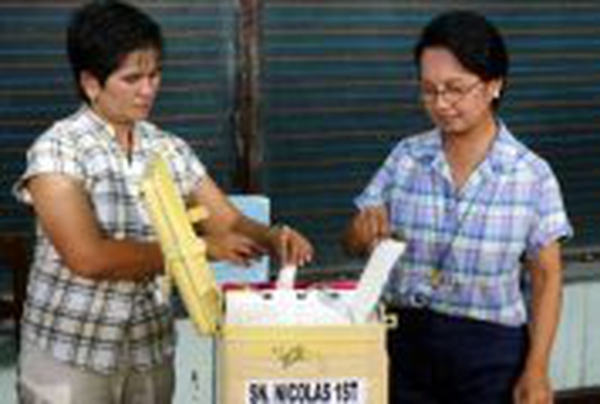