The Irish Nurses Organisation has rejected any suggestion that public opinion might by turning against nurses following a further series of work stoppages today.

Details of more work stoppages planned for next week will be announced on Sunday.

Members of the INO and the Psychiatric Nurses Association staged stoppages at five health facilities in counties Dublin and Roscommon this morning in pursuit of a 10.6% pay increase and a 35-hour working week.

Union leaders have said nurses are more determined than ever to continue their campaign of industrial action.

President of the Irish Nurses Organisation, Madeline Spiers, said the campaign of industrial action would continue until their claims were dealt with and insisted the action was not impacting on patients.

Meanwhile, the Minister for Health, Mary Harney has said the Government is not prepared to pay increased costs to reduce the working week for nurses from 39 to 35 hours.

Earlier, the Minister for Finance, Brian Cowen, said the nurses' claim for a pay rise could only be dealt with through the benchmarking process.

He said their demands for a 35-hour working week could not be processed until a 'risk assessment' of its impact on the rest of the health service was carried out.

Several hundred nurses at Beaumont Hospital held a rally after marching from the main hospital building to the gate.

The hospital operated almost as normal, with six endoscopy and 20 outpatient appointments rescheduled to later dates.

In Roscommon, 200 members of the INO & Psychiatric Nurses Association mounted a demonstration at the entrance to the county hospital.

Nurses at the hospital walked off the wards at 11am and were joined by colleagues who had travelled from Galway & Mayo to support today's day of action.

Demonstrating nurses said they were determined to continue with the campaign until their demands, which they feel are totally justified, are met.

Arrangements were put in place at the 12 centres that are part of Roscommon Mental Health Services to ensure they remained open and patients were cared for.

Speaking on RTÉ's Morning Ireland, the Chief Executive of the Health Service Executive, Professor Brendan Drumm, confirmed that nurses' pay will be docked for hours not worked.

Also on Morning Ireland, the General Secretary of the Irish Congress of Trade Unions, David Begg, said there has to be some goodwill shown in attempts to resolve the dispute. 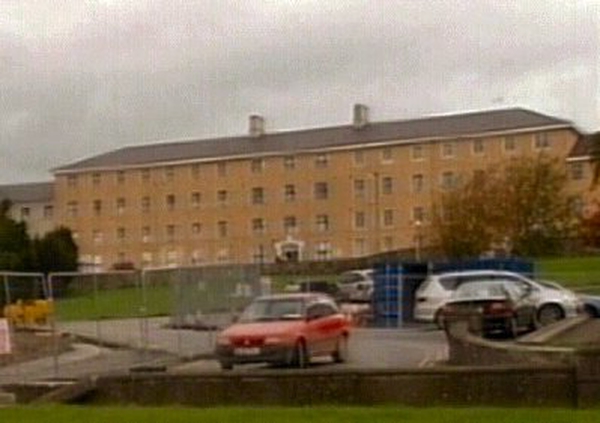