The US military in Iraq has said Iran has been training Iraqi fighters in the assembly of lethal roadside bombs.

Iran denies US accusations that it is trying to destabilise Iraq.

At a news conference in Baghdad today, US military spokesman Major-General William Caldwell displayed what he said were more Iranian-made weapons seized in the last few days.

Yesterday, US and Iraqi troops fought a fierce day-long battle with gunmen in a Sunni insurgent stronghold in central Baghdad.

General Caldwell said a total of 14 gunmen and four Iraqi soldiers were killed, 16 US soldiers wounded and four attack helicopters hit and forced to return to base.

The International Committee of the Red Cross has said life for ordinary people in Iraq is getting steadily worse.

In a report, the Red Cross says access to basic services such as water and electricity was becoming increasingly difficult and simple trips to the market had become a matter of life and death.

It said many Iraqis have given up hoping for big improvements.

The Red Cross Director of Operations, Pierre Kraehenbuehl, said the suffering that Iraqi men, women and children are enduring today is unbearable and unacceptable.

'The humanitarian situation is steadily worsening and it is affecting, directly or indirectly, all Iraqis,' he added. 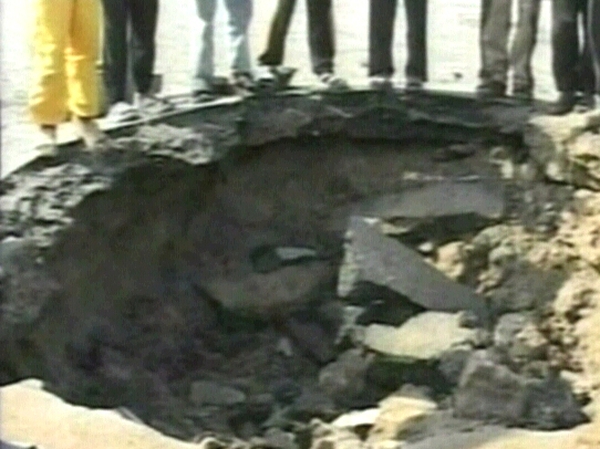