The transfer of babies and mothers to the Cork University Maternity Hospital began this morning.

Operation Bambino had to be cancelled last Saturday when a row erupted over patient safety and staff numbers.

Nurses and midwives from the three existing maternity hospitals in Cork last night voted in favour of transferring to the new €75m hospital.

The Health Service Executive proceeded with plans to open the hospital from 11am this morning.

Meanwhile. talks between health service employers and nursing unions on claims for improved pay and conditions have adjourned at Government buildingsuntil tomorrow morning.

After five hours of negotiations, it is understood that significant differences between the parties still remain.

The Irish Nurses Organisation and the Psychiatric Nurses Association are seeking a pay increase of over 10 per cent and a 35 hour work week for 40,000 nurses.

This afternoon, Liam Doran of the INO said nurses wanted progress on what were legitimate claims.

Brendan Mulligan of the Health Service Executive Employer's Agency said it was difficult to be overly hopeful about progress.

He said incident rooms had been set up around the country in the event of action starting on Monday and that already some hospitals had cancelled planned non-emergency operations.

Nurses are threatening to begin a national work-to-rule in hospitals from Monday if agreement is not reached. 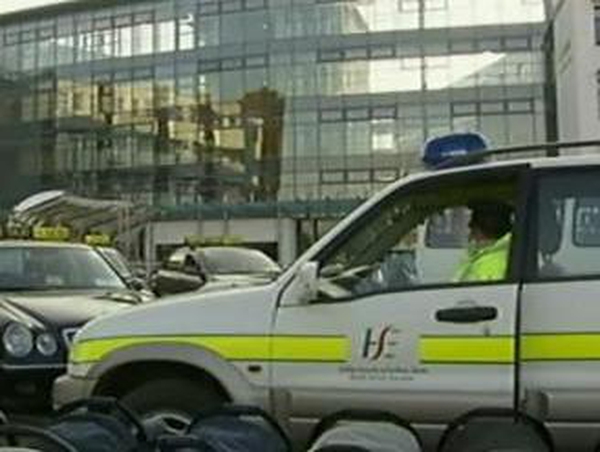