The Taoiseach has promised that if returned to Government his party would deliver a €4bn tax pacakage over the next five years to reduce the burden on middle and lower income earners.

In his keynote speech at the Fianna Fáil Ard Fheis, Mr Ahern promised to increase the State pension to €300 a week and he made a number of commitments on health and crime.

Bertie Ahern used his leaders address at Citywest to outline an ambitious tax pacakge which he said would eliminate inequality in the tax code.

He said his party was committed to halving the rate of PRSI from 4% to 2% for workers paying the full rate.

On crime Bertie Ahern promised that his party in Government would increase the number of gardaí by 2,000 to 16,000.

And he said they would introduce a community payback scheme requiring offenders to perform services for the communities they harmed.

On health, Mr Ahern said his party would introduce a personal health check for all, including breast, cervical and prostate cancer screening.

The Taoiseach ended in a rallying call by telling delegates to work harder than they had ever worked before in a run up to the General Election.

Earlier, the Ard Fhéis discussed a wide range of issues that are likely to feature in the forthcoming General Election, including health, pensions and the economy.

This afternoon the Minister for Children, Brian Lenihan, warned delegates not to be taken in by what he called 'cheap headlines'. Fianna Fáil, he said, cared about health and would continue to make improvements.

Minister Lenihan said that talks on a new consultants' contract had dragged on for too long.

He said these talks must be concluded by the deadline of next Tuesday, but if agreement could not be reached, he said the Government would press on with its plans to appoint new consultants.

Delegates also passed a motion calling for all medical graduates to agree to work for at least five years in the public service or else face having to repay the cost of their training.

The Minister for Social Affairs, Séamus Brennan, told the Ard Fhéis that older people are to be given the option of having a mobile phone paid for by the State, instead of a landline, to give them a feeling of security and safety through carrying a phone.

And the Minister for Finance, Brian Cowen criticised the Opposition for making what he claimed were reckless election promises. 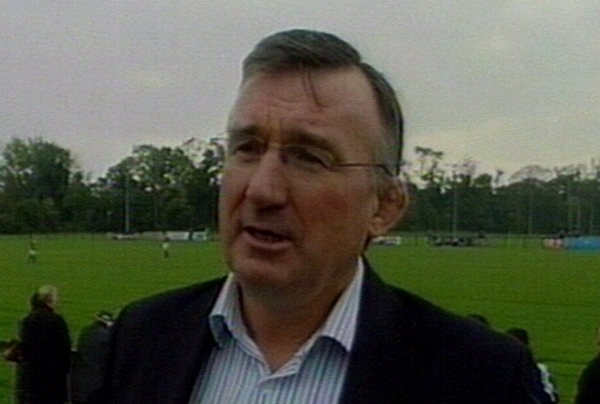