The Sinn Féin President, Gerry Adams has said efforts by the DUP to further delay Monday's planned restoration of the political institutions are disappointing.

The DUP leader, Ian Paisley, has asked for a postponement of power-sharing at Stormont until May.

Mr Adams said all of the other parties are ready for government and there are no outstanding issues.

He added that if the DUP wanted a functioning Assembly after the 26 March deadline, it can only happen through direct dialogue and agreement with Sinn Féin and the other parties.

The devolved government question was scheduled to be resolved, one way or another, on Monday next.

However, at a meeting of the 120-member DUP party executive, more than 90% of the members endorsed a proposal that would involve deferring the start of government for six weeks.

The British and Irish governments and the North's other parties, including Sinn Féin, are now taking stock of the situation as behind the scenes negotiations continue.

Under the St Andrews Agreement legislation, Peter Hain, the Northern Secretary, has until midnight tonight to decide if devolution or dissolution will happen at Stormont on Monday.

If the British government is to facilitate the DUP request for a six week delay, emergency legislation may be required.

Ian Paisley risked a major row within his party if today he had sought backing to push ahead with cutting a deal on power-sharing deal at Stormont on Monday.

Instead, to calm dissenting voices, he agreed to seek a postponement of devolution until early in May.

If Gerry Adams and Martin McGuinness are to run with the postponement idea, they will be entitled to seek cast-iron guarantees about the DUP entering and staying the course in a stable government.

They are also likely to raise other matters, that is the tone of the conversation going on behind the scenes this evening.

'Get on with the job'

Meanwhile, the Ulster Unionist leader Sir Reg Empey has said that Ian Paisley and the DUP should get on with the job of forming a power-sharing administration at Stormont next Monday.

Sir Reg, who was speaking after meeting the Northern Secretary Peter Hain at Hillsborough, said Ian Paisley should be nominated as First Minister on Monday and the rest of the Stormont executive should also be put in place.

He said that if the DUP then needed a break he had no problem with that. However, Sir Reg Empey said the important thing was to get the Stormont executive up and running. 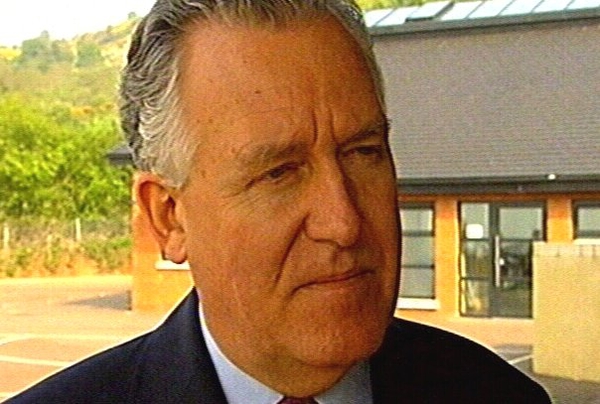