Polls have closed in the Stormont Assembly elections in Northern Ireland.

A total of 257 candidates are vying for the 108 Assembly seats.

It is the third Assembly election since the Good Friday Agreement was negotiated and signed almost nine years ago.

The election is likely to be the final attempt to establish the 'grand coalition' power-sharing model set out in the 1998 agreement.

The British government is adamant that if a government cannot be formed by 26 March, then Stormont will close and the void will be filled by a form of direct rule from Westminster, with more co-operation between Dublin and London.

18 constituencies, each with 6 seats, will provide a total of 108 Assembly members.

The largest unionist and nationalist parties will be entitled to the first minister and deputy first minister jobs. Based on the number of seats won, the ten ministerial positions will be shared out.

Vote transfers will be critical in deciding the final seats in many of the constituencies.

A voter turnout of around 60% is expected.

The campaign has been low-key, devoid of controversy or incident and has centred on issues like rates and water charges rather than the constitutional question.

Since the last assembly poll, the DUP has moved closer to the Ulster Unionists in the centre ground and Sinn Féin has endorsed policing structures, key developments that have transformed the political landscape.

The DUP is favourite to emerge as the strongest party overall, with Sinn Féin almost certain to retain its dominant position within nationalist communities.

The Ulster Unionists and the SDLP will firstly seek to maintain their ground and possibly make marginal gains.

The smaller parties such as the Alliance, the PUP and the UK Unionists have a fight on their hands to retain their influence while the Greens are seeking to make an electoral breakthrough. 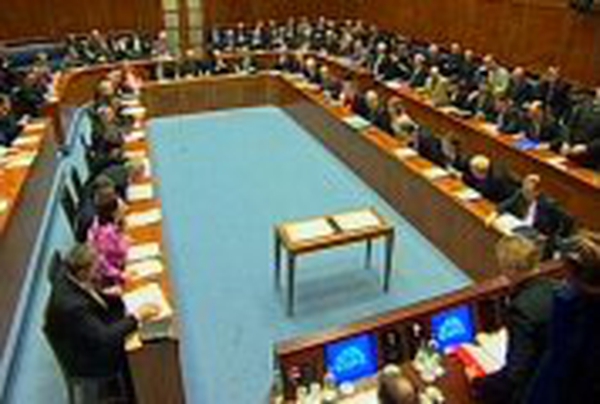