Green Party leader Trevor Sargent has promised a New Deal for children, with more teachers, more gardaí and free medical cards for the under sixes.

In a televised speech to his party's annual conference in Galway, Mr Sargent said it was time for action politics, not auction politics, warning against irresponsible election promises.

He promised: class sizes to be reduced to 20 within five years; financial support to bring every home in Ireland to a basic standard of warmth and insulation; more community gardaí; and safe routes to schools so parents can let their child walk or cycle to school.

And he said action on climate change was vital for children, who would have to live with the consequences if it was not stopped.

Mr Sargent said it was time for Green thinking, and for Green government, vowing an end to corporate donations in politics.

He pledged financial and political support for offshore wind, wave and tidal power, and the provision of 'smart' electricity meters to cut bills and allow householders sell domestically-generated electricity back to the grid.

The conference earlier voted to ban all corporate donations to politicians if the Green Party is in Government after the Election.

Supporting the motion, Finance spokesperson Dan Boyle said they wanted to put an end to the culture that appointments to public bodies were decided by 'knowing who you know'.

Earlier, Financial commentator Eddie Hobbs told the conference that Bertie Ahern needs to be removed as leader of Fianna Fáil.

Mr Hobbs said the environmental policy of Environment Minister Dick Roche was 'nonsense' and said the next government needs a 'green tinge'.

Gormley calls for end to 'gombeenism'

Also speaking at the conference, Green Party candidate for Dublin Central, Patricia McKenna said illegal immigrants should be given an amnesty to contact gardaí.

Ms McKenna said immigrant communities have problems with violence against women and said fear of deportation prevents them from contacting authorities.

The Green Party chairman, John Gormley, said his party wants both Fianna Fáil and the Progressive Democrats out of office.

Mr Gormley said that gombeenism in Government had to end.

He accused the Minister for Justice, Michael McDowell, of sticking with Bertie Ahern no matter what he says or does and labelled the Tánaiste 'the Tammy Wynette of Irish politics', desperately standing by his man.

Mr Gormley said the election had turned into a race to the bottom with promises of tax cuts, saying the politics of the lowest common denominator are irresponsible and an insult to the electorate's intelligence.

The Green Party leader, Trevor Sargent, said he would resign the leadership if the party goes into coalition with Fianna Fáil after the next Election.

However, Mr Sargent said that he would make himself available to serve as a Minister in such a coalition.

The conference also backed a motion calling for an end to the Government's decentralisation policy, which was described as ill-conceived.

On climate change, Eamon Ryan, Dublin South TD, described the Government's response as one of denial, dishonesty and delusion.

He said the coalition could not be trusted on the issue and should be voted out of office on that basis.

Meanwhile, Ciarán Cuffe proposed a motion that a minimum of 20%, rising to a maximum of 33%, of new housing developments be made available for social or affordable housing.

He also proposed that the site costs be excluded from the price paid by the house provider.

Mr Cuffe said this housing should be placed in neighbourhoods that are well laid out and called for an end to what he described as 'ghettoisation'.

Speaking on the motion, Ms McKenna said social housing must allow for sustainable communities and we needed a social mix throughout these communities.

She also said that massive increases in the price of land should not benefit the landowners. She said it should go back to taxpayers and be used to provide better housing.

The motion was passed unanimously. 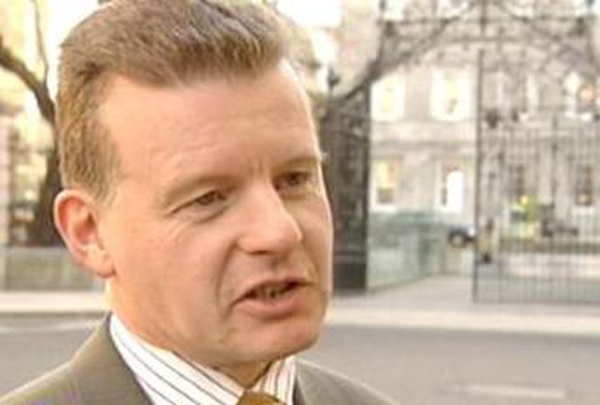