The President of the Palestinian Authority Mahmoud Abbas has defended his deal with Hamas to form a unity government in talks with the US Secretary of State, Condoleezza Rice.

Dr Rice is in the West Bank for talks with the Palestinian and Israeli leaders aimed at reviving the Middle East peace process.

Speaking in Ramallah, Dr Rice said she would use tomorrow's three-way summit with the Israeli and Palestinian leadership to try and revive the peace process.

Israeli press reports say Mr Olmert only wants to discuss details of the new Palestinian government, setting the stage for an uncomfortable showdown.

Senior Palestinian officials welcomed Dr Rice's stance as hopeful, given the staunch US refusal to deal in any way with the Hamas government in the past.

Referring to the difficulty she faces in kick starting peace talks, Ms Rice said: 'People have been telling me it's a complicated time and I've been saying if I waited for an uncomplicated time to come to the Middle East I perhaps would never get on the airplane.'

Mr Olmert said that Israel would not be co-operating with the new administration and that 'on this point we have an identical vision as the Americans and the conversation with President Bush proved it'.

The unity government was agreed earlier this month in Saudi Arabia by the Palestinian Authority President, Mahmad Abbas, and Hamas.

Hamas, which would be the largest group in the proposed government, has not agreed to these conditions.

Elsewhere, the Syrian president and his Iranian counterpart have pledged to work together to confront what they call US and Israeli 'plots' in the Middle East.

Bashar al-Assad met Mahmoud Ahmadinejad in Iran where he is on a two-day visit.

The two leaders also discussed the instability in Iraq and the crisis in Lebanon, and called for unity among Shia and Sunni Muslims. 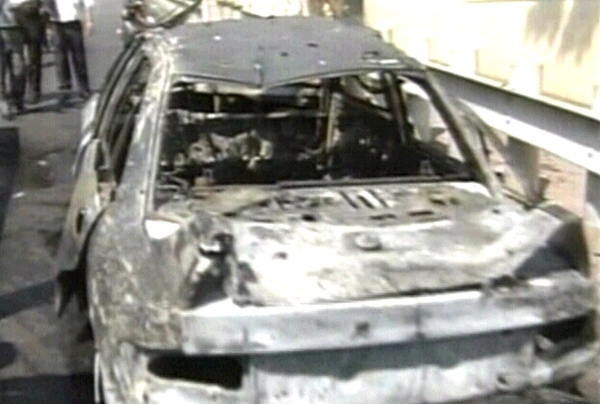 US accused of fueling extremism News