The Tánaiste and Progressive Democrat leader, Michael McDowell, has proposed cutting the standard and higher tax rates to 18% and 38% respectively during the lifetime of the next Government.

The PD conference in Wexford has voted overwhelmingly for the reactivation of party leader Michael McDowell's café bar proposals.

The plan to allow 'continental-style' cafés was withdrawn after opposition from Fianna Fáil backbenchers.

The conference heard strong criticism of Fianna Fáil backbenchers who opposed the plan.

Proposing the motion, Dublin South-East delegate John Kenny said the backbenchers were a 'discredit to this nation'.

The conference also voted in favour of a review of proposed privacy legislation.

Meanwhile, the Tánaiste says he is personally satisfied that we are facing a massive bill for the Mahon Tribunal.

Michael McDowell was speaking during a question and answer session at the conference this afternoon.

He also gave a commitment not to close any rural garda stations and said he will be asking superintendents to take responsibility for recruiting members to the garda reserve in their own areas.

The Minister for Health, Mary Harney, has pledged to establish an Ombudsman for Older People in an address to the Progressive Democrat party conference in Wexford.

She said she hoped the pledge would form part of the PDs' election manifesto.

She said that the office would have similar powers and structure to the existing office of the Ombudsman for Children.

Ms Harney also told the conference that she hoped her party would win 'ten or more Dáil seats' in the forthcoming General Election, a rise of at least two seats.

She told the conference that she loved her current job, but said that investment without reform would not deliver the desired outcomes.

The number of people with postgraduate qualifications must double in the next 20 years if the economic growth of the last ten years is to be maintained, Ms Harney said.

Delegates to the conference have heard criticism of Labour's proposed tax cutting plan and of Transport Minister Martin Cullen.

The conference held a minute's silence as a mark of respect for the local woman and her daughter who died in this morning's house fire tragedy.

There was some criticism of Pat Rabbitte's recent tax-cutting pledge, with election candidate Keith Redmond saying the PDs' greatest achievement had been to convert the Labour leader into a Progressive Democrat.

In her address, Deputy leader Liz O'Donnell stressed the need to celebrate difference in Irish society brought by immigrants - but she suggested that immigration issues should be moved to a new Department, away from the Department of Justice.

Ms O'Donnell said that one of the biggest changes in Irish society in the last ten years has been the move from mass emigration to net inward migration for the first time in our history.

She told delegates the traditional role had been for the Department of Justice to deal with border control but that equality issues relating to immigration should be transferred to another department.

Last night, opening the conference, Mr McDowell claimed that an alternative government of Fine Gael, Labour and the Greens would be weak and divided, and would send the wrong message to international investors. 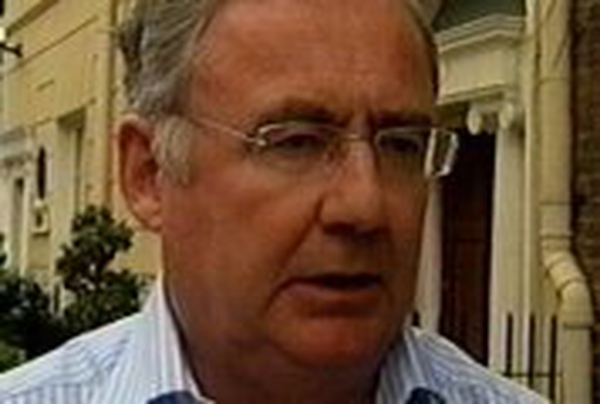