Germany has said there was a new ambition in Iran for talks to end a nuclear standoff with the West, but the EU's top diplomat warned the possibilities were 'not immense'.

Mr Steinmeier, whose country currently hold the EU presidency, told a Brussels news conference that in the next few days they would have to sound out whether Iran could pursue that line.

However, Mr Solana said the possibilities were not immense.

The Iranian government has rejected US allegations that it has been supplying weapons and explosives to Shia militias in Iraq.

The Iranian Foreign Ministry described the claims as baseless propaganda.

It said Washington had a long history of fabricating evidence.

US officials yesterday produced a dossier, which they said proved that Iran had been supplying weapons - including armour-piercing roadside bombs - used to kill US troops.

Some leading members of the opposition Democratic Party in Washington have also reacted sceptically to the Bush Administration's claims.

A leading Democratic Senator, Chris Dodd, said the administration had tried to falsify evidence before.

Meanwhile, the Iranian President, Mahmoud Ahmadinejad, has marked the 28th anniversary of Iran's revolution, pledging to pursue the country's nuclear programme, but saying that he remains open to negotiations.

He said he would keep within international regulations but still ruled out a UN demand to suspend uranium enrichment. 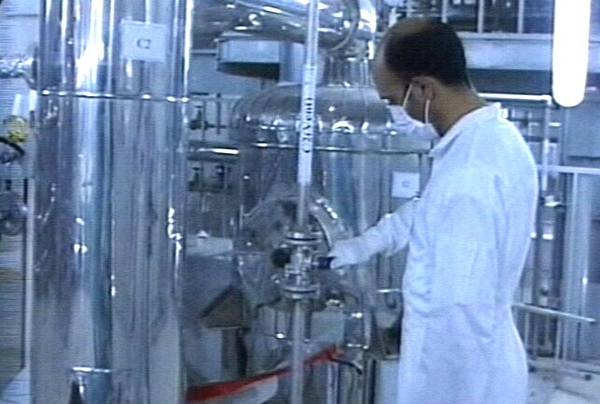