It will also honour existing contracts and take new business in the coming weeks while the takeover proceeds.

BUPA is pulling out of Ireland because of a row with the Government over risk equalisation.

The operation is being taken over by Quinn Direct, the insurance company owned by Mr Quinn.

The Fermanagh businessman has interests in cement, glass, property and radiators.

VHI has disputed this estimate by BUPA and said it would be €80m.

The development secures 300 jobs in Fermoy and means existing customers do not have to move to another insurer.

Now that the Fermoy-based operation is changing hands it will not have to pay risk equalisation for three years.

However, the question still remains what will happen when those three years are up.

In a statement this evening, the Minister for Health, Mary Harney, welcomed the announcement of the deal.

Ms Harney said that although she regretted the decision of BUPA to leave the Irish health insurance market, she is pleased that the competition and jobs are being preserved. 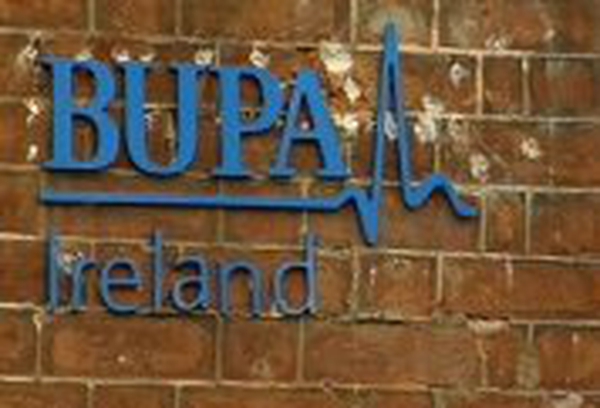 BUPA to withdraw from Irish market