US President George W Bush has warned the American public that there is no quick end in sight in the fight against terrorism.

Mr Bush was speaking in a statement after www.icasualties.org, a website tracking casualty numbers in Iraq, announced that the number of US military deaths in Iraq has reached 3,000 since 2003.

'The president believes that every life is precious and grieves for each one that is lost. He will ensure their sacrifice was not made in vain,' said White House spokesman Scott Stanzel.

The US President has rejected the possibility of drawing up a timetable for the withdrawal of US troops from Iraq.

Following the execution yesterday of Iraq's former leader, Saddam Hussein, President Bush said: 'Many difficult choices and further sacrifices lie ahead. Yet the safety and security of the American people require that we not relent in ensuring that Iraq's young democracy continues to progress.'

Mr Stanzel added today: ' We will be fighting violent jihadists for peace and security of the civilized world for years to come.'

The icasualties.org website says December 2006 has been the deadliest month for US forces in Iraq for the past two years. The website says tens of thousands of Iraqis have died since the US-led invasion began in 2003. 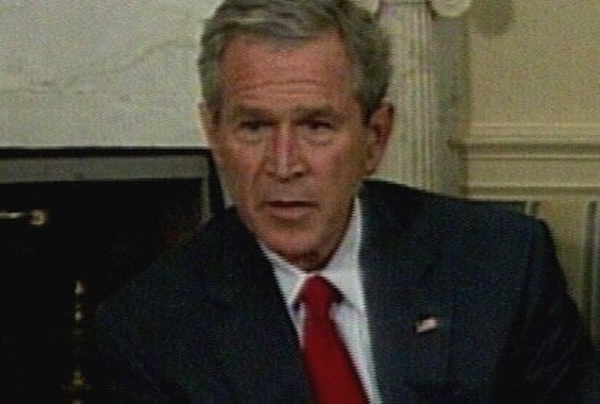