Thick fog and icy weather conditions are continuing to create problems for air and road travellers, particularly in the west.

There have been flight cancellations and diversions at Knock and Galway airports and around 3,000 passengers are being transferred by bus to other airports.

Services at Cork and Kerry airports are returning to normal following an improvement in weather conditions.

Other airports, including Dublin and Shannon, also remain open.

British Airways has cancelled 180 Heathrow flights tomorrow including all domestic and some European services.

The airline cancelled almost half of its shorthaul flights to and from Heathrow today because of severe fog.

Flights between the airport and mainland Europe were also severely disrupted by the weather.

The fog there is expected to continue for two more days.

AA Roadwatch is warning that the fog is expected to get heavy again particularly in the east of the country as the evening progresses.

They say fog lights should be only used in reduced visibility as it dazzles other drivers when there is no fog.

There is also a warning of potential patches of black ice in sheltered areas.

Knock among worst hit by weather

Ireland West Airport at Knock is among the worst hit, with four flights cancelled so far and alternative travel arrangements being made for up to 1,000 passengers.

Passengers who were due to fly to Birmingham and Manchester are being taken by bus to Belfast where it is hoped they will be able to travel on alternative flights.

An inbound flight from Luton was diverted to Dublin and passengers are being brought to Knock by bus.

At Galway flights are taking off again but some passengers who missed earlier cancelled flights are being taken to Dublin by bus.

They have said they are furious at the lack of information they were given and fear that they will miss connecting flights from London to European and African destinations.

2,000 passengers have been affected by three days of travel disruption at Galway. 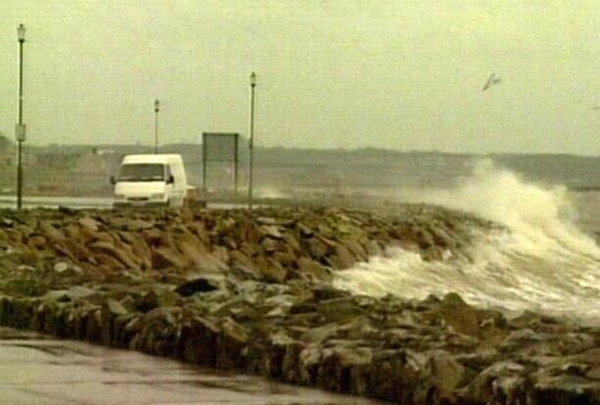 'Worst over' after severe weather conditions