The US will provide Lebanon with $10.5 million in military aid, just months after the Lebanese army deployed to the south of the country under a truce with Israel.

US Assistant Defence Secretary Peter Rodman said the aid, in the form of equipment for the army, was intended to help the Lebanese state extend its sovereignty over all its territory and enable it to protect its borders.

'I commended the minister for the deployment of the Lebanese armed forces to the south for the first time in 40 years. This is an important step towards ensuring that the Lebanese people will never again have to experience the tragedy of war on their territory,' Rodman told a news conference after talks with Lebanese Defence Minister Elias al-Murr in Beirut.

'I emphasised the willingness of the United States to assist Lebanon in building its capacity to protect its borders and establish sovereignty over all its territory.'

The Lebanese army deployed in southern Lebanon under a UN Security Council resolution ending the 34-day conflict between Israel and Lebanese-based Hezbollah guerrillas who had previously controlled the border area.

Israel retaliated with an air and ground offensive after Hezbollah captured two Israeli soldiers in a cross-border raid on 12 July.

More than 1,200 Lebanese and 157 Israelis were killed in the war, in which Israeli bombardment devastated Hezbollah's strongholds in the south and Beirut and destroyed roads and factories around the country.

The US aid, the first to Lebanon for 25 years, is a fraction of Washington's military assistance to Israel, its key regional ally.

US military grants to Israel totalled $2.28 billion in the 2006 fiscal year, ending on 30 September.

The United States had been reluctant to supply Lebanon with military aid until last year, when Syrian troops ended a 29-year presence in the country.

Washington is now keen to support the Beirut government, which was formed after the Syrian withdrawal and is dominated by opponents of Damascus.

Syria has drawn US criticism for its backing of Hezbollah and militant Palestinian groups and vocal opposition to the invasion of Iraq in 2003.

Thursday's agreement, signed by Rodman and Murr, is part of a US pledge to supply Lebanon with more than $40 million in assistance to include military trucks, Humvees, ammunition, training, and spare parts and repairs for military equipment.

The United States provided $700,000 in military and security training to the Lebanese military last year.

More than 130 Lebanese servicemen were trained in the US this year. 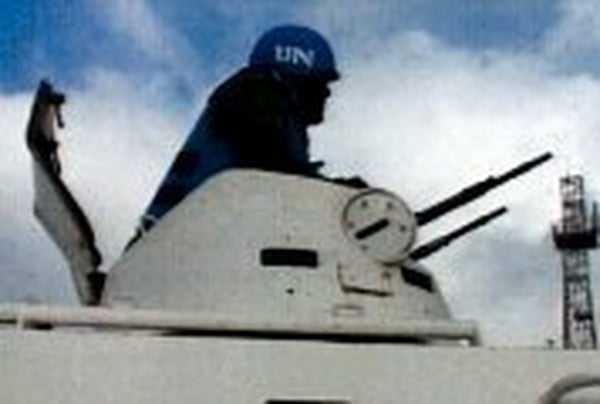