The project, which forms part of the Government’s Transport 21 programme, is expected to be used by more than 34 million people every year.

Trains will operate every four minutes on the route and the journey time from Dublin city centre to the airport will be around 17 minutes.

Minister Cullen has stated that the route is more than just a link to the airport and will be used by millions of commuters.

A topic of debate for many years, the Metro has been a piece of infrastructure which has been announced and then re-announced while congestion in the capital has got steadily worse.

The rail users' lobby group, Platform 11, has urged the public to support the Metro North service.

Platform 11 spokesperson Derek Wheeler has welcomed the route, saying it was much better than others that were previously proposed.

He said it was important that two key areas - integration with the Maynooth line and the extension of the route to Swords - had been addressed.

The organisation says there is an onus on commuters to be positive about the prospects of the line being in service by 2012, despite failures to meet other public transport deadlines in the past.

Opposition parties have given a guarded welcome to the announcement.

The Fine Gael Transport Spokesperson, Olivia Mitchell, said progress towards a high-speed, high-capacity rail spine for Dublin was welcome. But, she said, the absence of even a ballpark costing left a massive credibility gap.

Róisín Shortall, Labour's Transport Spokesperson, expressed concern that the route should go over-ground from DCU, adding that it would cause severe traffic disruption and major inconvenience for communities in the area.

She also warned that the lessons of previous construction projects would have to be learned if the 2012 completion date was to be met.

Senator Morrissey said it would reduce costs and ensure the work is completed on time and within budget. He also said that the issue of compensation for householders must be clarified. 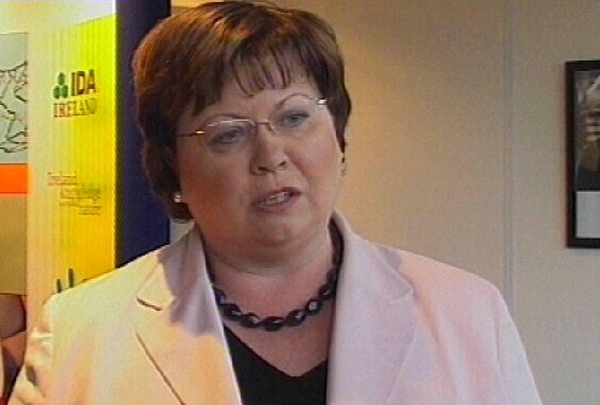