The Taoiseach, Bertie Ahern, and Tánaiste, Michael McDowell, are to meet again on Monday after over an hour of discussions today on the rift caused by payments to the Taoiseach in 1994.

Afterwards a spokesperson for Mr McDowell said their discussions covered a range of matters in the context of helping to repair the damage which the Tánaiste said had been caused to the Government.

It is understood Mr McDowell's concerns relate to the flow of information from the Taoiseach on the controversial Manchester payments to Mr Ahern in 1994.

The spokesperson had no comment on the new information about these payments which is said to have come into the possession of the PD leader, beyond saying it was 'not definititive'.

The Minister for Health, Mary Harney, has said she hopes the difficulties that have arisen between the coalition parties can be resolved satisfactorily and that the government can resume its responsibility of leading the country.

Mr McDowell said yesterday that the nine-year coalition partnership would be saved if both parties worked together to repair the damage.

He said his focus was on returning to the business of government. 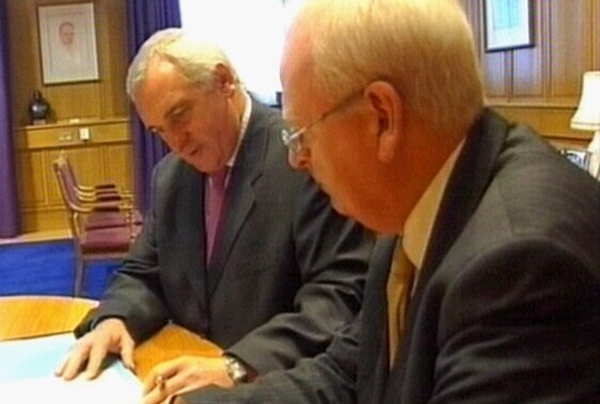 No agreement on special Dáil session