Tánaiste Michael McDowell has said the 12 friends of the Taoiseach who advanced him €50,000 in the early 1990s were ill-advised, and it had been a mistake for Bertie Ahern to accept it.

In a statement issued after a Progressive Democrats Parliamentary Party meeting, Mr McDowell said that the 1993 initiative from the Taoiseach's friends had been well-intentioned but ill-advised.

The statement said that even though the motive might have been benevolent, a person in public affairs was not as free as others to accept such assistance.

It had been an error of judgment for the Taoiseach to accept the money and Mr McDowell said that, with Mr Ahern, he believed it should now be refunded with interest.

He said he never had any reason to doubt Mr Ahern's financial honesty, or to suspect that had abused his public office for self-enrichment.

This statement pointedly does not refer to the money advanced as a loan.

The statement was greeted with derision by the Opposition, with Fine Gael claiming it was motivated by the PDs determination to keep Fianna Fáil in power for 15 years.

Labour leader Pat Rabbitte said the PDs were now handcuffed to Fianna Fáil for the duration of this Dáil, and that there may as well be single-party Government.

Green Party chairman John Gormley claimed that Mr McDowell had clearly decided to put political ambition ahead of principle by continuing in Government. 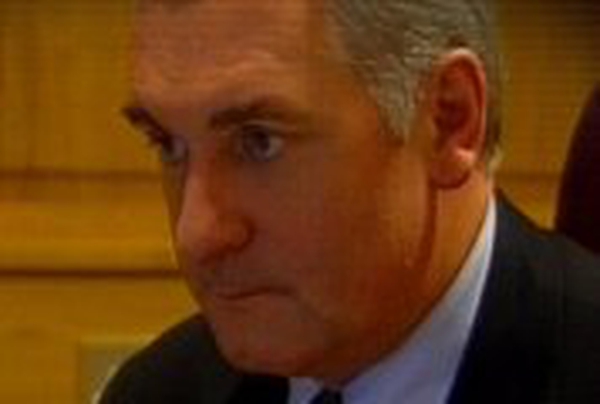