The Taoiseach, Bertie Ahern, has insisted there was nothing wrong in his acceptance of money from close personal friends while he was Minister for Finance.

The Taoiseach was addressing the Dáil following an interview with RTÉ News yesterday evening in which he gave details of payments totalling £39,000 in 1993 and 1994.

In the interview, Mr Ahern said he regarded the money given to him as a loan to cover the costs of his legal separation, but he conceded that no repayments have yet been made and no interest has been paid.

In exchanges with Opposition leaders, Mr Ahern revealed that he calculated interest on the loan at 3% would amount to €20,000.

Fine Gael leader Enda Kenny pressed him on whether he believed he was operating double standards.

Mr Kenny said 'you don't need legislation to know what is right or wrong'.

But Mr Ahern insisted he had done nothing wrong, although he accepted it could be made to look wrong. He said had never taken a bribe or put his own interests ahead of the public good

And he told Mr Kenny said he thought he received £8,000 for a speaking engagement in Manchester while he was Minister for Finance.

The Taoiseach also condemned what he described as the 'calculated and scurrilous' leaking of material, which had been twisted and turned into a political smear against him.

Joe Higgins of the Socialist Party said the affair was at the very least a catastrophic failure of political judgement.

Earlier, Dublin publican Charlie Chawke, who is one of 12 men who gave money to Bertie Ahern, said the Taoiseach only accepted the money as a loan.

Speaking on RTÉ Radio, he said Mr Ahern had made 'very serious' efforts to repay the money, but that he had refused to accept it at least four times.

The Progressive Democrats Parliamentary Party is expected to discuss the issue when it meets this evening. 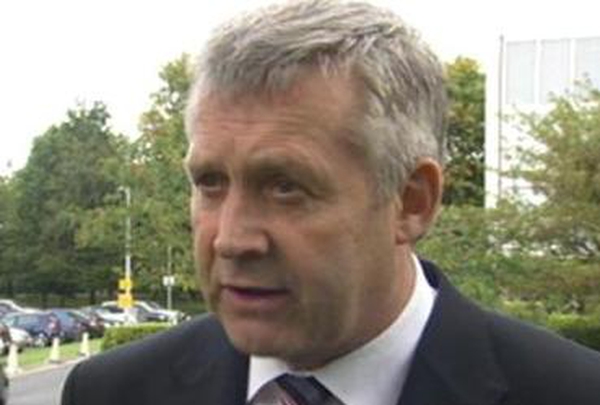