The Minister for Transport, Martin Cullen, has confirmed that shares in Aer Lingus will be valued at between €2.10 and €2.70 when the company is floated on the stock market.

In a statement to stock exchanges in Dublin and London this afternoon, the company said the Government would keep a shareholding of at least 25.1%.

The Government will sell 72.7 million shares, while 208.4 million new shares will be issued.

This means the flotation will raise around €470m after costs, and will value the airline at between €1.1 billion and €1.3 billion after flotation.

The final price will be set on 27 September, with trading beginning in Dublin and London on 2 October.

Selling Aer Lingus shares will allow the airline to raise €2 billion to expand its fleet of aircraft.

This will mean more routes, as popular Mediterranean destinations to which the airline currently flies once every three days, will be served with daily flights in future years.

Aer Lingus also hopes to extend its network to Greece, Turkey, Scandinavia and more US cities.

€104m will be used to make a once-off contribution the airline's pension fund. Advisors on the flotation have experienced strong interest in shares.

The statement published today lists the airline's strengths as its strong presence in a growing Irish market, its leading position between Ireland and the US and its positive brand recognition. 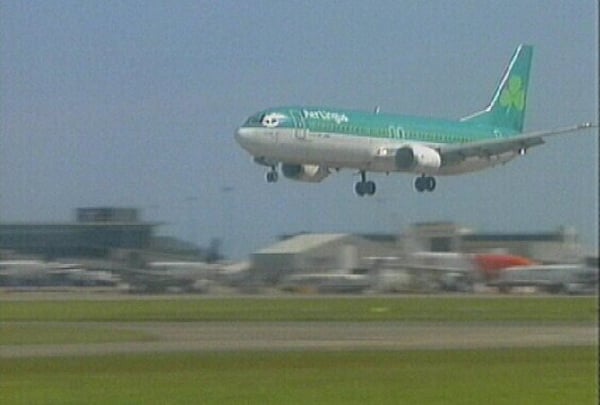