At least six people have been killed and 21 wounded in separate car bomb attacks in Iraq.

In the northern city of Mosul, a suicide car bomb attack on an Iraqi army unit left five Iraqi troops dead and four others injured.

The Iraqi vehicle was driving behind a US patrol at the time of the explosion, although no US personnel were reported injured in the blast.

Earlier, another suicide bomb targeted a police checkpoint in the southern city of Samarra, leaving one civilian dead and wounding 17 others, including six children.

And the bodyguard of a Sunni politician was shot dead in west Baghdad, while the bodies of at least 23 murder victims were discovered, including eight found shot dead and dumped on the roadside in the southwest of the city.

The latest attacks follow similar bombings yesterday in Kirkuk and the capital Baghdad which left at least 64 people dead.

Meanwhile, fresh US troops are to be brought into Baghdad following the failure of a six-week-old security clampdown to quell a surge in sectarian violence in the capital.

On 14 June, Iraqi Prime Minister Nuri al-Maliki unveiled a plan to put 43,000 Iraqi army and police and 7,200 US troops into Baghdad.

However, six weeks later, after a brief lull in attacks, the death toll is again mounting, partly from insurgent attacks against Iraqi or US troops, but mainly from sectarian attacks on civilians.

Deposed Iraqi president Saddam Hussein has boycotted the latest hearing in his trial for crimes against humanity, amid reports that a 17-day-old hunger strike has weakened him.

No defence lawyers and only one of Saddam's co-defendants came to the hearing at the Iraqi High Tribunal in Baghdad.

Their absence provoked anger from Judge Rauf Abdel Rahman, who accused them of political grandstanding.

Saddam and seven former allies are accused of having overseen the execution of 148 Shia civilians from the village of Dujail in revenge for an alleged 1983 bid to assassinate the then Iraqi leader.

The defendants and their legal team claim that the court is a front for US forces in Iraq and have refused to accept its authority.

On 7 July, Saddam and three defendants began a hunger strike in protest at their treatment.

Saddam's half-brother and former secret police chief Barzan Ibrahim al-Tikriti did turn up for the hearing, but then refused to accept a court-appointed lawyer and demanded to be excused and allowed to return to his cell.

The judge refused, and insisted that the defendant remain in place while the stand-in counsel pursued the case for his defence. 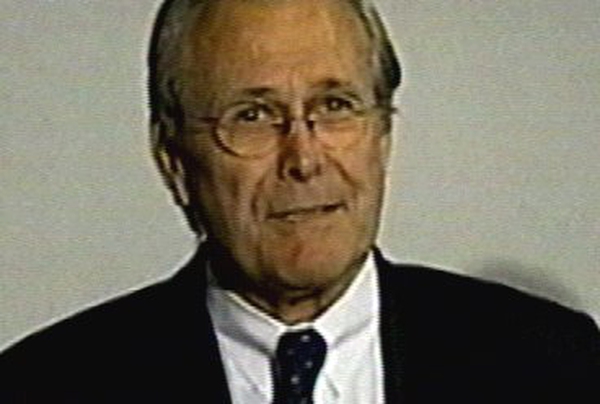