Israel has denied that 64 Palestinian officials being detained in the West Bank are to be used as bargaining chips in the crisis over the capture of an Israeli soldier.

Israel said those arrested would be prosecuted for involvement in what it described as 'terror' acts.

The detainees include eight members of the Hamas-led government and 20 MPs.

Palestinians have called the arrests an act of war and Palestinian President Mahmoud Abbas has called on the UN to intervene.

The Israeli military carried out further air strikes and shellings in Gaza during the day, as it continued its biggest operation in the territory since pulling out last September.

Corporal Gilad Shalit, 19, was abducted on Sunday in a cross-border raid from the Gaza Strip by three Palestinian factions, including the armed wing of Hamas.

Adding to the tensions, the body of an 18-year-old Jewish settler, Eliyahu Asheri, has been found near Ramallah. He was abducted earlier this week.

UN Secretary General, Kofi Annan, has said he is 'deeply concerned' with the escalating violence.

He called on the Palestinian Authority to do its utmost to secure the release of the Israeli soldier and to end rocket attacks against Israel.

The United Nations has called on Israel to let critical supplies into the Gaza Strip in order to avoid a humanitarian crisis.

Israeli air strikes have knocked out power and water supplies in Gaza, home to 1.4 million people.

In addition to knocking out key power installations, Israel has cut the pipeline that provides fuel to run the sanitation system in the region. UN special envoy for the Middle East peace process, Alvaro de Soto, has estimated that fuel supplies to power the sanitation pumps may run out in two to three days.

Officials from the World Food Programme have called the situation 'precarious' and said that food supplies in Gaza could last another two weeks.

The organisation has called for a 'humanitarian corridor' to be re-opened immediately. 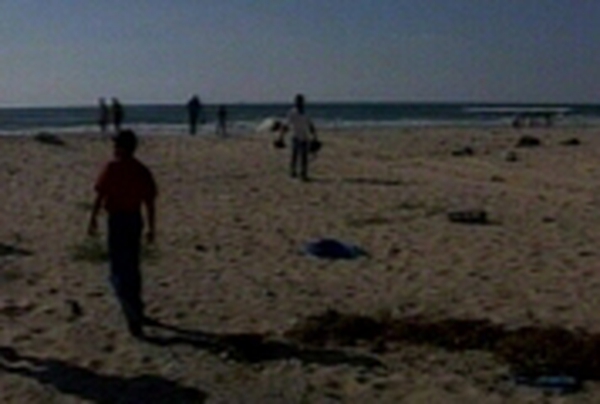 One dead, 14 injured in strike on Gaza