Dick Marty, author of a Council of Europe report on the detention and secret transfer of terrorist suspects by the US, has said European secret services colluded in the activity.

Following a meeting of the 630-member Parliamentary Assembly in Strasbourg, Mr Marty singled out Bosnia, whose government has admitted that it delivered six suspects into US hands on 18 January 2002.

He also pointed to Italian complicity in the 17 February abduction of the former imam of a mosque in Milan, Osama Mustafa Hassan, who was flown to Egypt where he alleged he was tortured.

That case is now the subject of a legal inquiry, with Italian prosecutors hoping to put 22 alleged CIA operatives on trial in their absence before the end of the year.

Mr Marty said that if secret services participated in a CIA detention on their soil, US authorities were justified in claiming that they had never violated national sovereignty.

The report, issued on 7 June and presented to the Council of Europe today, says 14 European states colluded in or tolerated the secret transfer of terrorist suspects by the US.

The report won the backing of human rights groups which urged the countries involved to stop aiding renditions and to persuade the US to halt the practice.

The groups called for legislation to beef up existing laws on human rights.

There were also calls for a change in aviation policy so that aircraft cannot carry prisoners through a state without authorisation and a pledge not to return suspects to countries where they may face torture.

The US has dismissed the report as a list of unproven allegations.

The Strasbourg-based Council of Europe, which is separate from the EU, was set up after World War II to promote democracy and human rights. It has 46 member states. 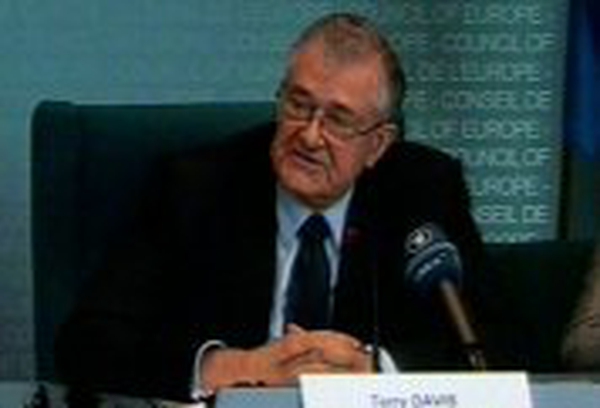