Dublin publican Charlie Chawke has told a jury in the Circuit Criminal Court how a man fired a shot into his right leg.

Mr Chawke was giving evidence at the trial of 55-year-old Larry Cummins, of Summerhill Parade in Dublin, who denies five charges including the robbery of more than €48,000 and possession of a firearm with intent to cause serious harm.

Leaning heavily on a walking cane, Charlie Chawke arrived to give evidence today at the trial of Larry Cummins. Mr Chawke had to have his right leg amputated five days after he was shot.

He told the court he left the Goat Grill premises on Dublin's south side at about 12.40pm on 6 October 2003 to take a bag of cash and cheques to the bank.

He started his silver Mercedes and in the driver's mirror noticed a man running towards him with a shotgun slung over his left shoulder.  'Give me the f..king money,' the man said as he opened the car door.

Mr Chawke said he saw an opportunity and dived for the gun but missed and fell on to the street.

The man said, 'I'll sort you', took aim and fired a shot into his leg and then stepped over him and took the money from the car.

Hearing the sound of a garda siren, the man said 'f..king cops,' and headed back to his red getaway car.

Charlie Chawke said he was taken to St Vincent's Hospital where doctors gave him 42 units of blood and saved his life, but could not save his leg.

Garda Nigel Burke and three colleagues were approaching the Goat Grill when the shot was discharged.

Garda Burke chased the gunman to his car and had grabbed him when he shouted to the other man in the car to shoot the garda.

Garda Burke said he saw the accused in the passenger seat of the red car pointing a shotgun in his face. He jumped back and the car took off at speed pursued by gardai.

He claimed that during the chase Mr Cummins pointed a shotgun through the broken back window of the car at the pursuing gardaí.

It is claimed Larry Cummins and the second man eventually abandoned their car, taking off on foot but not before a shot was fired at the garda car.

They were eventually apprehended and two shotguns found in bushes nearby.

At the trial so far there has been no cross examination of witnesses.

Defence counsel Brendan Nix has said that on instructions he has no questions.

It is not the prosecution case that Larry Cummins fired the shot that injured Mr Chawke but that he was involved in a common purpose to rob.

The trial is expected to last up to ten days. 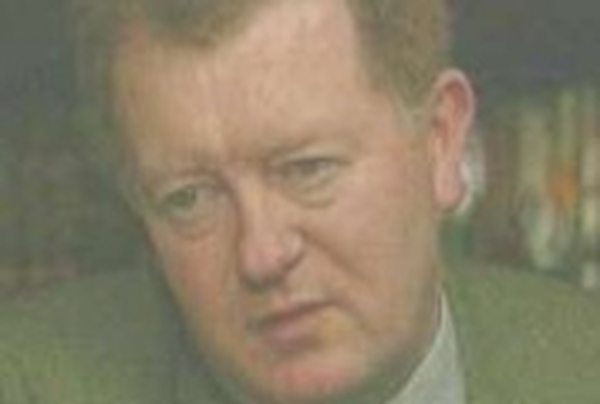