The Government has insisted that no prisoners passed through Shannon Airport on so called rendition flights.

Speaking in the Dáil tonight, the Minister for Transport, Martin Cullen, said this had been confirmed to the Government by the United States and he said 'we accept that'.

Earlier, a spokesman for the Minister for Foreign Affairs said there was no question of Ireland having been involved in any collusion over extraordinary rendition and that Ireland remained opposed to such flights.

The spokesman also said there was no evidence of any flight carrying prisoners transiting through Irish territory.

Fine Gael's Foreign Affairs Spokesperson Bernard Allen has demanded that the Government release all the information it has about the alleged use of Irish facilities for rendition flights, and has called for a special Dáil debate on the issue.

The Irish Council for Civil Liberties has said the report shows how diplomatic assurances from the US government to the Irish Government about US flights through Shannon Airport have failed.

The comments come after a report by the Council of Europe named Ireland as one of 14 European countries which allegedly colluded in the transportation of terrorism suspects.

The Council of Europe report said European countries could not claim to have played an unwitting role into what it calls the unlawful transfer of prisoners.

The CoE's final report on CIA rendition flights says the practice was only possible with the collusion of European governments.

The report, by Swiss Senator Dick Marty, claims 14 European governments, including Ireland, were aware of what was going on, and says Poland and Romania almost certainly hosted secret CIA prisons.

The report details the co-operation of a number of European governments in so called rendition flights.

Senator Marty said seven European states could be held responsible for violations of the human rights of named individuals who were subject to rendition.

They are Sweden, Bosnia, Italy, Macedonia, Germany, Turkey and Britain.

The report refers to a 'spider's web' of rendition circuits, used for apprehending and transporting terrorist suspects to interrogation centres and prisons in places like Kabul, Cairo and Guantanamo Bay.

Whilst blaming the CIA for the actual renditions, the report said the flights could only have taken place with either the intentional or grossly negligent collusion of European partners.

Senator Marty also lists a number of countries for collusion in renditions, among them Ireland, which is cited along with Britain, Italy, Greece and Portugal for allowing stopovers involving the unlawful transfer of detainees.

Germany, Turkey, Spain and Cyprus are further named as being staging points for rendition operations, while Poland and Romania are criticised for running secret CIA prisons. 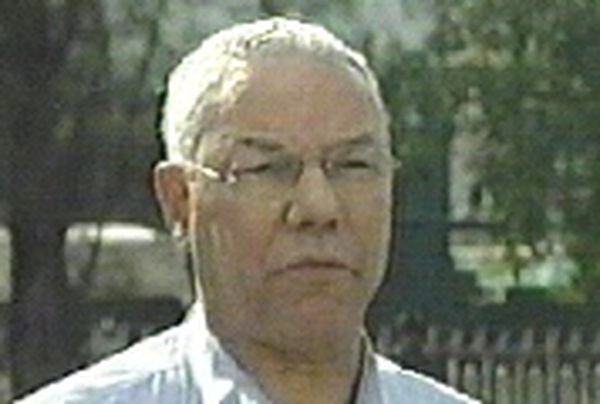 Rendition is not new, says Powell