The inquiry into the extension of the Tallaght Luas line from Connolly Station to The Point theatre has been told 'the most elaborate steps ever taken in this country' have been put in place to protect telecommunications infrastructure in Dublin's financial district.

The extension is due to be completed in 2008.

Frank Allen of the Railway Procurement Agency told the Luas inquiry there was a high level of traffic congestion in the docklands.

He said it was difficult to see how continued development could be sustained without a high frequency, high capacity public transport system.

However, businesses in the International Financial Services Centre say trade could suffer if essential services such as telecommunications are disrupted while the extension is being built. They want the RPA to consider another route.

The RPA and the Dublin Docklands Development Authority say they have taken these concerns into consideration.

The RPA says state of the art mapping technology had been used to identify the precise location of all underground services and minimise the risk of disruption.

It says such technology has never previously been available for infrastructure projects in Ireland.

The Luas inquiry was told that running a line through the docklands to The Point would be a symbol of regeneration for the area.

It would also make a positive contribution to the continued competitiveness of the IFSC and the quality of life of dockland communities, the inquiry was told.

The RPA will continue putting its case for the extension tomorrow. Afterwards, businesses and other interested parties will outline their concerns. 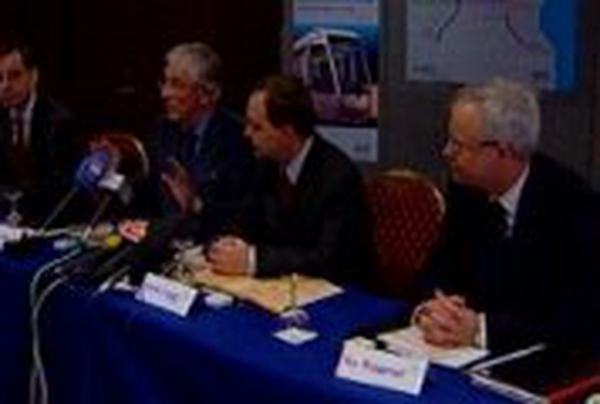