The Moriarty Tribunal has heard that former Taoiseach Charles Haughey settled tax liabilities due to the Revenue Commissioners in 2003 for £3.94m, despite the fact that the Revenue had assessed his liabilities at £5.5m.

The tribunal was also told that the decision to cap the interest owed by Mr Haughey at 100% of the amount of tax owed was normal practice.

The Moriarty Tribunal has been examining if the Revenue Commissioners acted fully and properly when seeking to collect tax owed by former Taoiseach Charles Haughey.

Today, tribunal senior counsel Jacqueline O'Brien detailed how contacts began between the Revenue Commissioners and agents acting for Mr Haughey over his tax liabilities in the late 1990s.

She said the communication was prompted by revelations at the Moriarty Tribunal and by March 2002 top level Revenue officials were involved in examining Mr Haugheys affairs.

Revenue official Norman Gillanders told the tribunal, that investigators assessed Mr Haughey’s expenditure over the period 1977 to 1997, in order to calculate his tax liabilities.

He said a decision was taken to pursue Mr Haughey for gift rather than income tax, as payments Mr Haughey had received could not be classed as income under tax law.

In April 2002, the Revenue Commissioners met for the first time with Mr Haughey's agents, and were told Mr Haughey accepted he had major issues to address.

However, they said the continuation of the tribunal and Mr Haughey’s poor health created problems.

Further meetings followed and in September 2002, the Revenue Commissioners noted that they were told Mr Haughey was dying and a settlement was urgently needed.

Revenue estimated the amount of tax interest and penalties owed by Mr Haughey at £5.5m.

An initial offer of £2m from Mr Haughey's agents was rejected as was another offer of £3.85m in October 2002.

However, a final figure of £3.94m or €5m was eventually agreed and later settled by Mr Haughey in March 2003. 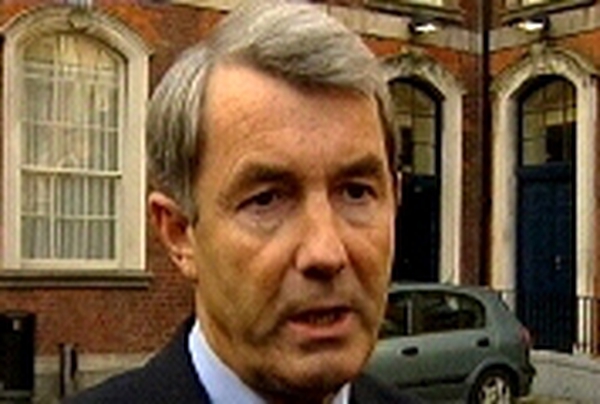