At least 23 people have been killed in a series of bombings and shootings across Iraq.

In Baghdad, a suicide bomber blew himself up on a bus in the predominately Shi'ite Kadhimiya district leaving 12 people dead. Nine people were wounded in the attack.

Meanwhile, five Iraqis were killed after their truck convoy carrying building materials came under rocket and automatic weapons fire close to the capital.

A group of 15 cars struck the convoy, which was delivering supplies to a US military base, at Nabai, about 50km north of Baghdad.

In nearby Balad, a civilian was killed early this morning while driving his car. He was ambushed by a number of armed men.

And in the northern city of Mosul, a bomb attack targeted the Abu Ali restaurant killing five people and wounding 21.

Police said that a man who had been seen eating his breakfast placed a bag underneath the counter before walking out.

The attacks came as the United States Ambassador to Baghdad, Zalmay Khalilzad, issued a warning to Iraqi leaders saying Washington would not tolerate sectarianism or militias in the new government and its security forces. 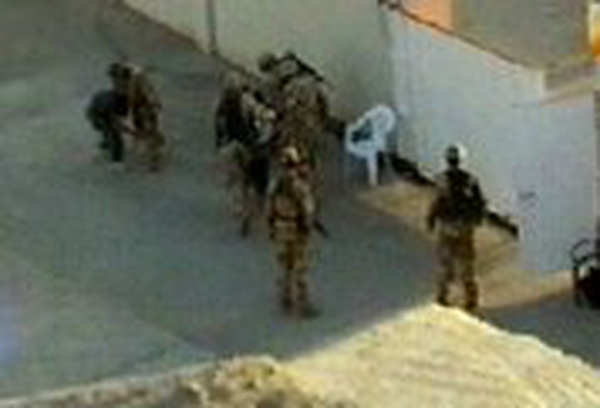