The United States has received growing pressure to shut down the detention centre in Guantanamo Bay after a UN report on the camp recommended that it be closed.

The former Irish President and UN Commissioner for Human Rights, Mary Robinson, has said it is in America's own interests to act on the findings of the report.

She said the issue was a litmus test of whether or not there was an effective international system of human rights law.

Earlier, the UN Secretary-General, Kofi Annan, said that the United States should close the detention camp as soon as possible.

However, Mr Annan said he did not agree with all parts of a report published yesterday by UN human rights monitors.

The report, which has been rejected by the White House, said the detention camp in Cuba should be closed and that prisoners there had been abused.

The 54-page document pointed to cases of 'excessive violence' during transportation of detainees and force-feeding of hunger strikers.

The investigators also said the US military acted as judge, prosecutor and defence in the special trials at the base.

It called on US authorities to bring all detainees to trial under international law or release them without further delay.

US authorities criticised UN monitors for writing the report without having been to the facility.

The experts cancelled a planned visit to the camp last year because the US refused to give them free access to prisoners. 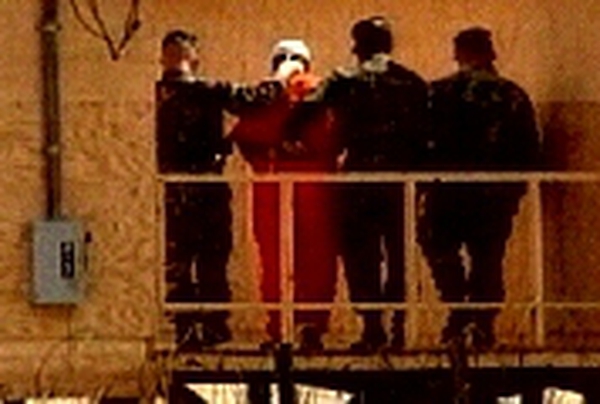