The Danish government has warned its citizens to leave Indonesia.

It says there is a significant and imminent threat to Danish interests and nationals in Indonesia.

Denmark has already temporarily withdrawn its diplomats from Syria Iran and Indonesia because of fears for their safety.

Earlier, thousands of demonstrators gathered in London to protest against the publication by newspapers of cartoons depicting the Prophet Mohammed.

It is estimated that about 4,000 Muslims and members of Christian groups attended the rally in Trafalgar Square.

A spokesman for all the organisations taking part said they wanted to put forward the legitimate voice of the Muslim community.

Meanwhile, the Iranian President, Ahmed Ahmadinejad, has attacked governments in whose countries cartoons depicting the Prophet Mohammed have been published.

Mr Ahmadinejad claimed that insults were free in the West but that any research on the Holocaust was a crime.

He has previously labelled the Holocaust a myth, saying the killing of six million Jews by the Nazis and their allies was fabricated to bolster Israeli interests.

In France, the country's most powerful Muslim organisation, the French Council of Muslim Faith, has decided to take legal action against newspapers that republished cartoons. 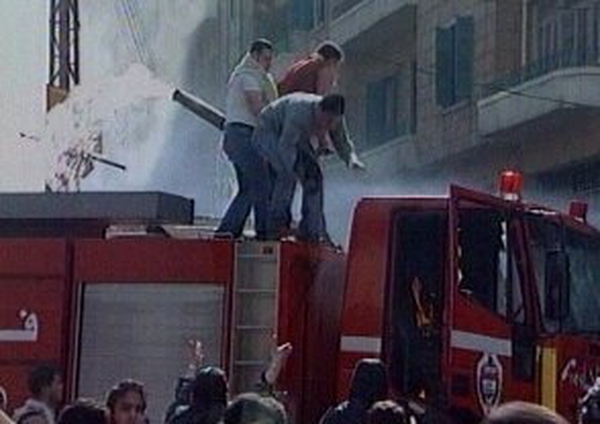