The Minister for Agriculture, Mary Coughlan, has insisted that a special meeting of the EU Council of Ministers should be convened at the world trade talks in Hong Kong.

It is understood that the European Trade Commissioner, Peter Mandelson, was put under extreme pressure by the US and other countries overnight to give a date for the ending of export subsidies, although he refused to do so.

Mr Mandelson insisted that it was wrong for the other countries to push Europe so hard on this issue in the absence of any offers of trade concessions.

A lot of countries, including the US, indicated last night that they believe export subsidies ought to be eliminated by 2010.

The EU received no support for its position that a date should not be fixed without some parallel concessions on agriculture from the US, Canada, New Zealand and others.

The Director General of the WTO, Pascal Lamy, is to present a paper to the negotiators later today summarising the arguments put forward about export subsidies. As a result it is expected that the EU will be under intense pressure again today.

Ireland's insistance on convening a council of EU ministers is designed to reinforce the mandate given to Mr Mandelson to go no further in relation to concesssions on agriculture.

Three countries, Sweden, Denmark and the Czech Republic, argued against the need to convene the council of ministers.

The IFA expressed alarm at the pressure EU negotiators are being subjected to and insisted that a strong message needs to be sent that the EU's farmers will give no more.

Earlier today, a senior EU official on agriculture told a press briefing at the talks that if anybody wanted to know how much the current round of trade liberalisation has cost Europe, they need only ask the Irish farmers.

The EU Commission has pointed out that the tarriff reductions they have already offered will result in a huge increase in the level of beef imports into Europe, mainly from countries such as Brazil and Argentina.

The EU has estimated that these imports will rise from about 500,000 tonnes of beef currently to 1.3bn tonnes as a direct result of tariff reductions.

The IFA and the ICMSA have said Ireland's farmers will be the main losers from these extra imports because 80% of Ireland's beef production is currently exported.

A specially convened meeting of the EU council of ministers is also expected to send a strong signal to EU leaders meeting in Brussels to discuss the EU budget, that the agricultural ministers see it as very important to protect the EU agricultural budget.

Mr Mandelson told a press conference in Hong Kong that some countries are now in danger of losing sight of the development objectives of the current round of trade talks as they pursue technical negotiating tactics.

After three days of negotiating, America, Canada, New Zealand and Australia have not even reached first base in terms of the agricultural issues Europe wants them to tackle, he said.

He said that, between the lines, the emerging direction of the talks was worrying and that the level of ambition is going backwards.

Mr Mandelson said the talks on agriculture are focusing exclusively on export subsidies and Europe made its offer on that more than twelve months ago.

He said he did not want to contemplate the failure of the talks but he saw no point in Europe signing up to a document at Hong Kong in which the level of ambition was rolled backwards.

He warned that all the negotiators at Hong Kong are going to have to think long and hard about the situation before the conclusion of the talks on Sunday. 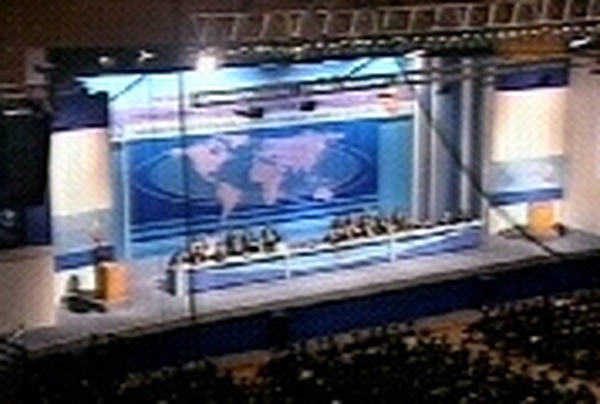