All fires at the Buncefield oil terminal in southwest England have now been extinguished.

The Chief Fire Officer said there were still some small concrete containers burning but the tank fires were out.

150 firefighters were battling blazes that broke out in 20 tanks at the Buncefield oil depot just before dawn on Sunday.

Fire crews pulled back from the blaze briefly at one point overnight when a tank suffered a structural failure which was thought to pose a risk to other tanks nearby.

Police believe the fire started accidentally but stressed the need to complete their investigation. 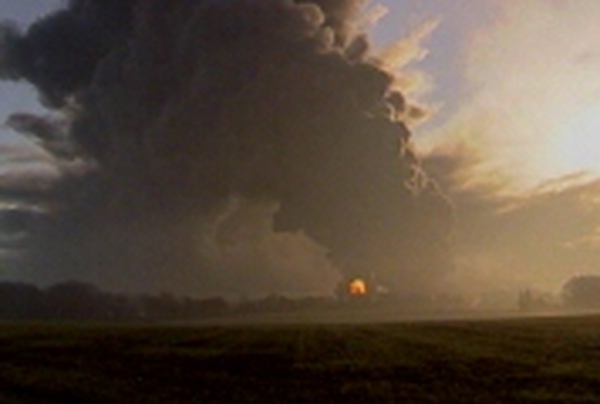