Russia has told the European Union that an outbreak of the bird flu strain that is potentially deadly to humans has spread westwards to 220km south of the Russian capital, Moscow.

The European Commission said in a statement it had been informed by the Russian veterinary services about the confirmation of an outbreak of the H5N1 strain of avian influenza in the Russian Federation.

The outbreak happened in the Russian county of Tula, next to a lake with numerous wild ducks.

Almost half of over a thousand birds in the village showed clinical signs of the disease, and 220 died.

The remainder were killed and surveillance zones established around the affected area as part of measures to prevent the spread of the disease.

China has also announced a fresh outbreak of bird flu, saying 2,600 birds have died from the lethal strain of the disease in Inner Mongolia.

The latest developments come as European officials deal with outbreaks in Romania and Turkey.

Bird flu has killed at least 60 people in Asia since December 2003.

Earlier, the European Commission gave details of a planned exercise to simulate a flu pandemic across Europe within the next 10 weeks.

The two-day exercise will test Europe's ability to respond to a pandemic, according to the European Commissioner for Health and Consumer Protection, Markos Kyprianou.

The dates of the exercise and full details of the scenarios are not being made public in order to make the exercise as realistic as possible. The exercise will be command centre and desk based.

Fine Gael MEP Mairead McGuinness has called for Irish farmers and tourists to be given more information on the risks posed by avian influenza. She said that Ireland needed to be on alert, similar to the foot and mouth crisis.

Ms McGuinness said that if avian influenza reached Ireland it would have a devastating impact on poultry and could wipe out millions of birds.

Meanwhile, the European Centre for Disease Prevention and Control has played down fears of bird flu infecting humans in Europe.

But it has advised people who must travel to affected areas not to visit food markets where live poultry are sold and not to touch sick or dead birds.

The influenza threat will be discussed at a three-day informal meeting of EU health ministers, which begins in Britain tomorrow. 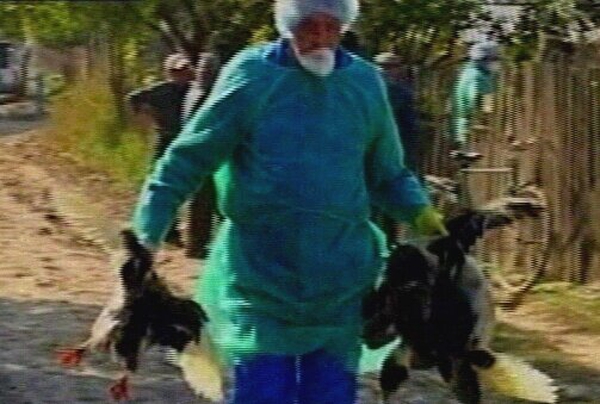