Israeli army officers gave Palestinian security commanders a tour of evacuated Jewish settlements in Gaza this morning in preparation for handing over the enclaves next week.

The aim of the visit was to allow the Palestinians to plan for the deployment of their security forces to take over in an orderly fashion after Israel's army pulls out of the settlements.

Israel evacuated all 8,500 settlers from its 21 Gaza settlements last month and began demolishing them under Prime Minister Ariel Sharon's plan for 'disengaging' from conflict with the Palestinians.

Israeli officials say they want to complete the pullout by 15 September. 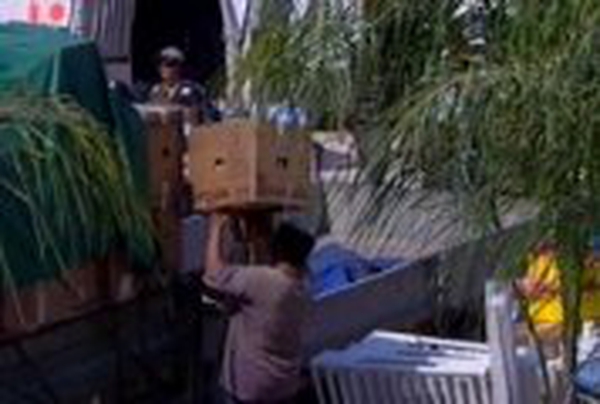