The Taoiseach and the British Prime Minister welcomed today's developments, saying the governments had been working towards the end of the IRA as a paramilitary organisation since 1994.

In a joint statement, Bertie Ahern and Tony Blair said both governments are hopeful that the practical elements of this statement will be implemented in the terms set out. They added that if the IRA's words are borne out by actions, it will be a momentous and historic development.

They confirmed that the IMC had been asked to produce an additional report in January 2006, three months after their next regular report, and that these reports will help the governments to assess whether all paramilitary and criminal activity on the part of the IRA has come to a decisive end, and whether decommissioning has been fully completed.

The statement stressed that verified acts of completion would provide a context in which they will expect all parties to work towards the full operation of the political institutions, including the Northern Ireland Assembly and Executive, and the North-South structures, at the earliest practicable date.

And they said they expected all parties and community leaders to use their influence to bring loyalist paramilitary and criminal activity to an end.

President McAleese has welcomed the IRA statement and has expressed her hope that it will help to secure the long-term, peaceful, respectful co-existence of this and all future generations of people on this island, from every tradition and perspective.

She said: 'Today's statement by the IRA offers a real opportunity to build the trust and mutual understanding on which a just, equitable and peaceful future will rest. I hope that, in the interest of generations to come, this opportunity will now be well and wisely used.

‘I would like to praise all those who have been working so hard to ensure an end to the tradition of armed struggle in Ireland and to promote a future in which there would be one tradition only and that is the tradition of democratic politics and peaceful persuasion.'

The US special envoy to Northern Ireland, Mitchell Reiss, described the statement as 'very positive and very encouraging'.

He said whether it was truly historic would be determined in the coming weeks and months.

Mr Reiss added he was hopeful there will be a major act of decommissioning and 'an end to all the arms that the IRA has, in the next few weeks if not sooner'.

The Minister for Foreign Affairs, Dermot Ahern, said there was a clarity to the statement that did not exist in previous IRA statements.

He said he believed the decommissioning process would happen in a 'rapid timescale' in consultation with the IMC and IICD.

He also said while some people were disappointed that the statement did not specifically refer to 'criminality', it did refer to 'other acts'.

Minister Ahern said there is a desire to ensure the institutions in Northern Ireland got up and running as soon as possible.

The Minister for Justice, Michael McDowell, welcomed the statement and said it was a step forward. But he said he noted that the statement did not disband the IRA. He said it remains an unlawful organisation and he was concerned that a proscribed organisation was still in existence.

Fine Gael said the IRA statement has the potential, if fully delivered on, to repair the damage done to public confidence in the peace process.

But deputy leader Richard Bruton said IRA statements on their own are no longer sufficient to convince people, and that the sincerity of the provisional movement will be judged by the actions it takes to implement this latest statement.

He said nothing short of the complete decommissioning of all arms and a verifiable and permanent cessation of all paramilitary and criminal activity will be acceptable. Deputy Bruton said democratic Ireland can no longer tolerate a political party maintaining a private army and illegal fundraising operation.

And he pointed out that the latest statement does not include a specific pledge to end all involvement in criminal activity. Fine Gael would also oppose allowing the IRA to organise commemorations of its past atrocities, as this would only serve to inflame sectarian tensions on an ongoing basis.

Mr Bruton added that Fine Gael leader Enda Kenny would be seeking an early meeting with the Taoiseach to establish if any concessions were granted to Sinn Féin by the Government in the run up to this statement.

Former Taoiseach Albert Reynolds said today was a historic day. He said it is now back to politics without militarism. 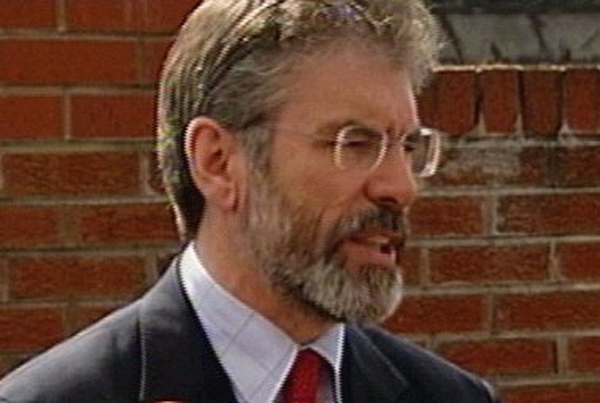